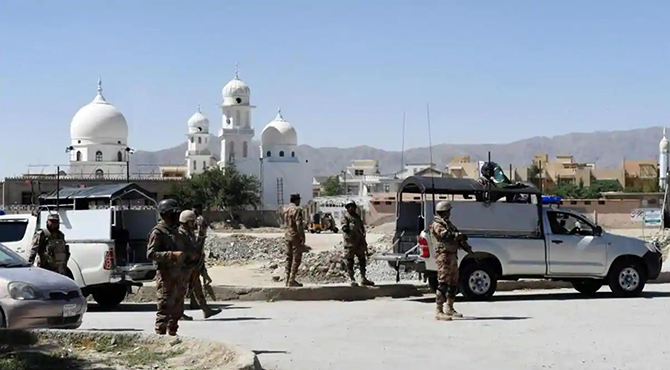 Pakistan’s security forces opened fire on protesters demanding the reopening of a border crossing with Afghanistan, killing at least three people and wounding 30 others, security sources said on Friday.

The Chaman border crossing in Balochistan was closed due to coronavirus outbreak, leaving more than 100,000 people in the area jobless.

The border crossing was reopened on Wednesday to allow people from both sides to travel to their native areas to celebrate Eid.

But the crossing remains closed for wage labourers who travel to Afghanistan by day and return home by the evening.

A large number of people gathered and staged a sit-in at Friendship Gate on Thursday demanding the opening of the border crossing. Frontier Corps (FC) personnel told them that the gate would not be opened until shifting of the protesters from the site.

The protesters became violent and attacked the offices of the FC and other government agencies located at the Friendship Gate.

Police opened fire on protesters, killing at least three people, including a woman and injuring around 20, sources said.

“It is the responsibility of the government to provide employment to the people but there will be no compromise on security matters,” he said.