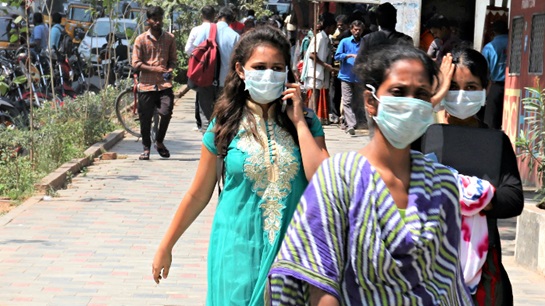 India’s COVID-19 tally crossed the 17-lakh mark on Sunday, just two days after it went past 16 lakh, with 54,735 cases being reported in a day, while the recoveries crossed the 11-lakh mark, according to the Union Health Ministry data.

The recoveries have mounted to 11,45,629, while there are 5,67,730 active cases of coronavirus infection in the country presently.

The recovery rate among COVID-19 patients has risen to 65.44 per cent while the fatality rate has further dropped to 2.13 pc, the data stated.

This is the fourth consecutive day that COVID-19 cases have increased by more than 50,000

Nine fatalities have been reported from Madhya Pradesh, eight from Kerala, seven each from Haryana and Jharkhand, three each from Assam, Chandigarh, Goa and Uttarakhand, two each from Andaman and Nicobar Islands, Chhattisgarah, Puducherry and Telangana while Manipur has recorded one fatality.

The health ministry stressed that more than 70 per cent of the deaths occurred due to comorbidities.

“Our figures are being reconciled with the Indian Council of Medical Research,” the ministry said, adding that state-wise distribution of figures is subject to further verification and reconciliation.

Katrina Kaif to pair up with Vijay Deverakonda in a big-ticket Bollywood film?

Katrina Kaif to pair up with Vijay Deverakonda in a big-ticket...