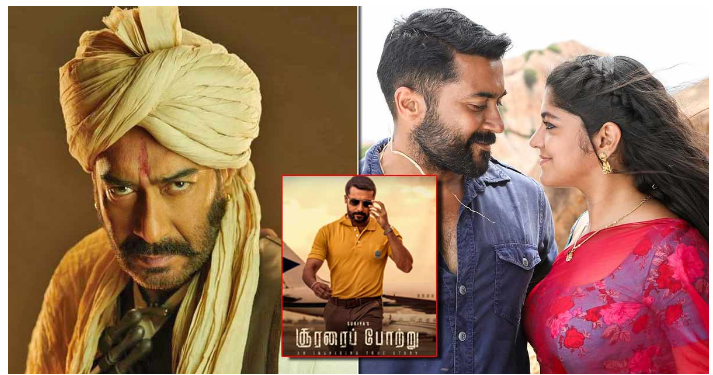 Established in 1954, the prestigious National Film Awards are administered by the Government of India’s Directorate of Film Festivals.

What made the 68th National Film Awards special was the fact that the ceremony also honoured the films from 2020 also because of Covid-19-related issues.

Tanhaji, directed by Om Raut, is based on the life of Tanaji Malusare, warrior and commander of Chhatrapati Shivaji. Soorarai Pottru, on the other hand, is a dramatized portrayal of retired Army Captain GR Gopinath’s life as the founder of the low-cost airline Air Deccan. The film had a direct-to-digital premiere on Amazon Prime Video and turned out to be a massive success.

Madhya Pradesh bagged the award for Most Film-Friendly State at the National Film Awards.

This year, there are 50 categories with over 300 feature films and 150 non-feature films competing for the prizes. There are 30 different languages in the movies.

Producer-director Vipul Shah told a news agency, “It has been heartening to see the kind of response that was received and the number of films that we got to see. And these were very difficult Covid-19 times during which these films were either made or being made.”

Chitrartha Singh who headed the non-feature jury stated, “We have been able to review close to 140 non-feature films including documentaries and it is amazing to see the kind of content that has come forth, especially from areas like the north-east.”