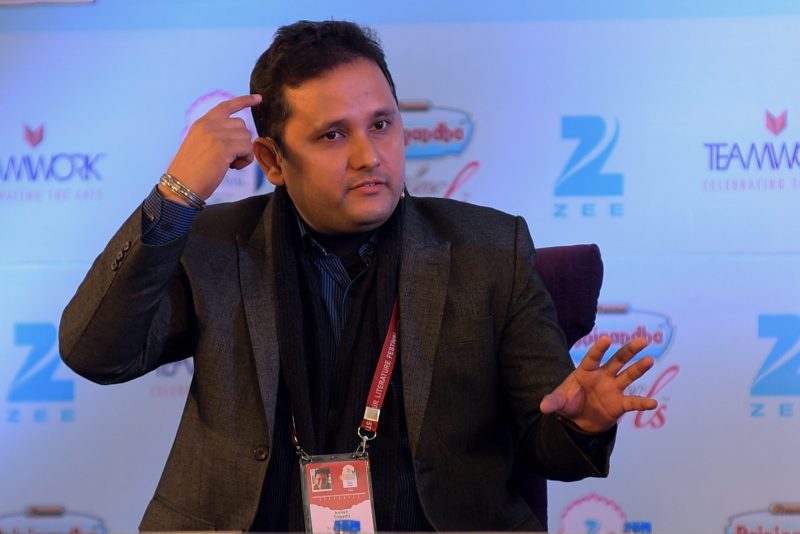 In a statement, the publishers said the date of release for “War of Lanka” will be announced soon

The first book in the “Ram Chandra Series” explores the tale of Ram (“Scion of Ikshvaku”), the second the story of Sita (“Warrior of Mithila”), and the third burrows deep into the life of Raavan (“Enemy of Aryavarta”). The three stories now merge from the fourth book onwards into a single narrative

HarperCollins has also acquired world English-language rights to Tripathi’s backlist, including the “Shiva Trilogy”, the “Ram Chandra Series” and “Legend of Suheldev-The King Who Saved India”; and his non-fiction titles “Immortal India: Young India, Timeless Civilisation” and “Dharma: Decoding the Epics for a Meaningful Life”. The books will be published between July and August

“I’m sure that they will take my books to the next level. They will be publishing my entire backlist, and also my upcoming book, ‘War of Lanka’,” he said

HarperCollins India Ananth Padmanabhan said, “Twelve years ago, when ‘The Immortals of Meluha’ was first published, it created a revolution and announced the arrival of a significant new voice in Indian fiction

“Since that first book, Amish, with his fantastical storytelling, has created multiple parallel universes and has entertained millions of readers.”

According to executive publisher Udayan Mitra, HarperCollins India is “delighted beyond measure” to become a part of the adventure, as it “brings ‘War of Lanka’, along with Amish’s entire backlist, to the many, many readers who, like me, have been waiting with bated breath”.

Seven deadly reasons why Sunidhi Chauhan is a sensational singer

Nikhil Parmar: I see a lot of myself in my Invisible character, and…