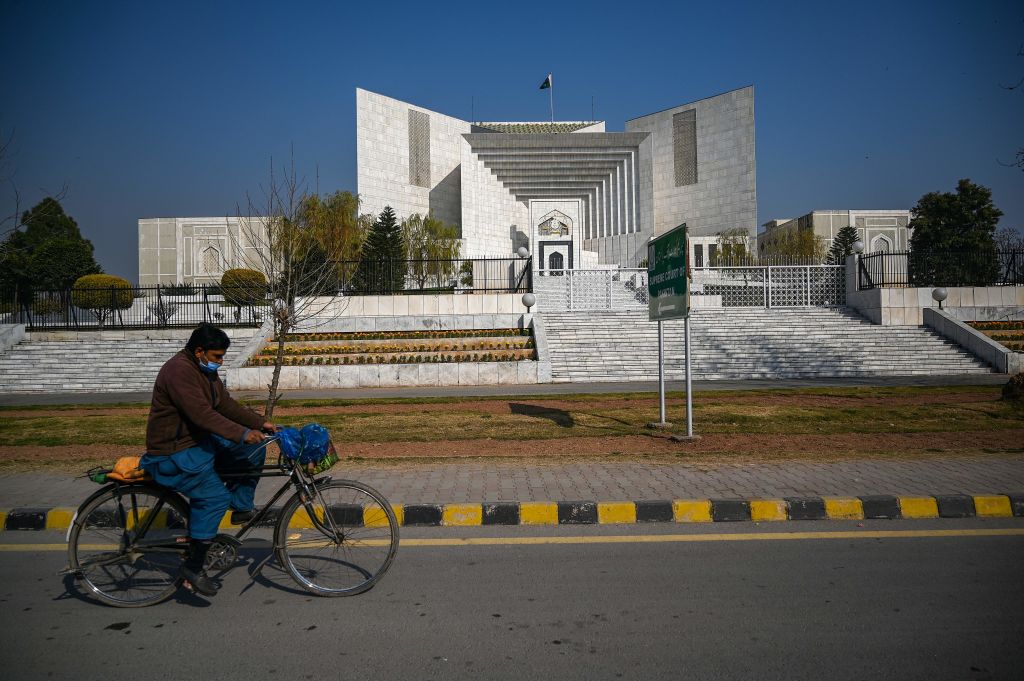 The induction of a woman judge into Pakistan’s supreme court is considered as a landmark occasion in a nation where activists say the law is often wielded against women. (Photo by AAMIR QURESHI/AFP via Getty Images)

PAKISTAN swore in Ayesha Malik as its first female supreme court judge on Monday (24), a landmark occasion in a nation where activists say the law is often wielded against women.

Malik attended a ceremony in Islamabad where she now sits on the bench alongside 16 male colleagues at Pakistan’s highest court.

“It is history in the making for Pakistan’s judiciary.”

Malik was educated at Harvard University and served as a high court judge in Pakistan’s eastern city of Lahore for the past two decades.

She has been credited with rolling back patriarchal legal mores in her Punjab province jurisdiction.

Last year, she outlawed a deeply invasive and medically discredited examination used to determine a woman’s level of sexual experience.

Women in Pakistan often struggle to gain justice in rape and sexual assault cases, and the test was deployed as a means of discrediting victims by casting aspersion on their character.

Malik’s elevation to the apex court of Pakistan may clear the way for more women to enter the historically conservative and male-dominated judiciary of the Islamic republic.

“She has broken all barriers in the judicial system and it will allow other women in the system to move forward,” said lawyer and women’s rights activist Khadija Siddiqi.

“I hope this will lead to more women-centric decisions by the judiciary in the future.”

But her appointment has been mired in controversy for the past four months, with claims she jumped a queue of more senior male candidates qualified for the post.

Earlier this month, the Pakistan Bar Council staged a strike to protest against Malik’s nomination.