This barber uses torch, meat cleaver to give hair cut 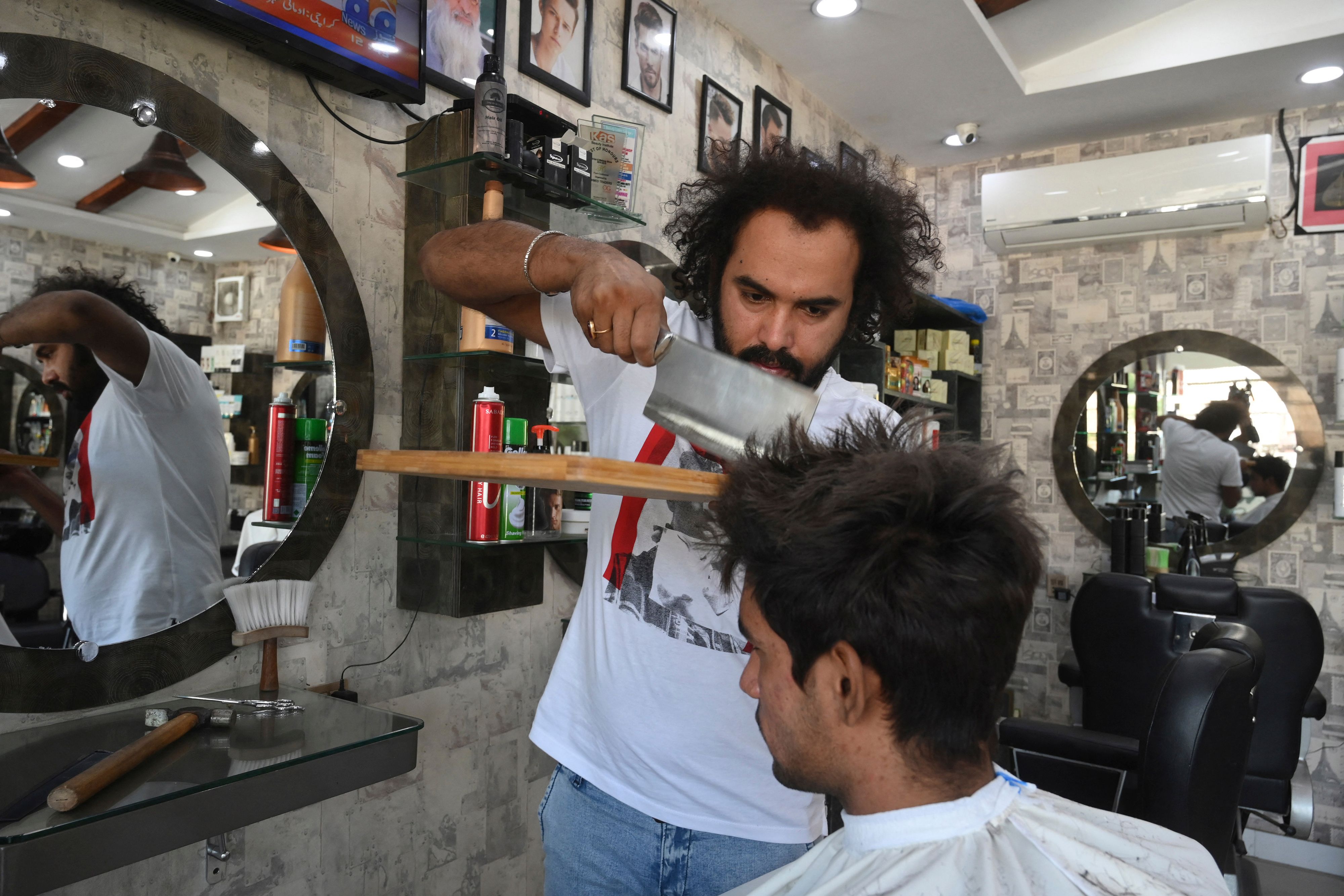 In this picture taken on April 8, 2021, Pakistani barber Ali Abbas uses a butcher knife to cut the hair of a customer at his shop in Lahore. (Photo by ARIF ALI/AFP via Getty Images)

Pakistani barber Ali Abbas does not limit to scissors when it comes to giving haircuts to his customers. This path-breaking barber uses an unusual array of tools, including blowtorches, meat cleavers, and even broken glass, to give his service.

Abbas’ shop is in Eastern Lahore where customers are flocking in to get a taste of his unusual style. Hair cut here usually starts with a trip off the top with a blow torch, followed by cleaver and butcher’s block to give layers to hair. He uses broken glass to thin out a thicker mane.

As shocking as it may sound, Abbas’ unusual style is becoming a rage in the city.

“I am feeling quite relaxed and comfortable,” said Ali Saqlain, a customer, as the barber took a blowtorch to his head.

Abbas charges 2,000 rupees (about 400 baht) for the unorthodox treatment and  1,000 rupees for a traditional trim with scissors. Many women also flock to Abbas’ shop to get their hair styled in the most unusual way, whom he charges an additional 500 rupees for extra styling.

“I had my hair cut done at this salon three times,” said Arooj Bhatti. “I prefer it to be done with a cleaver as my hair grows fast after.”

“I thought I should do something different to attract more clients,” Abbas told AFP. “In the beginning, I tried it on artificial hair, and then  after practicing it for some time, I used it on a client, and he liked it a lot.”

Top 5 Yoga asanas to do at your workstation

Travel goals of a wanderlust duo

Supreet Bedi: Being the voice of change

Why healthy Asian food kits can be recipe for success