Bridgerton 2: Yet another distorted depiction of South Asian characters on screen? 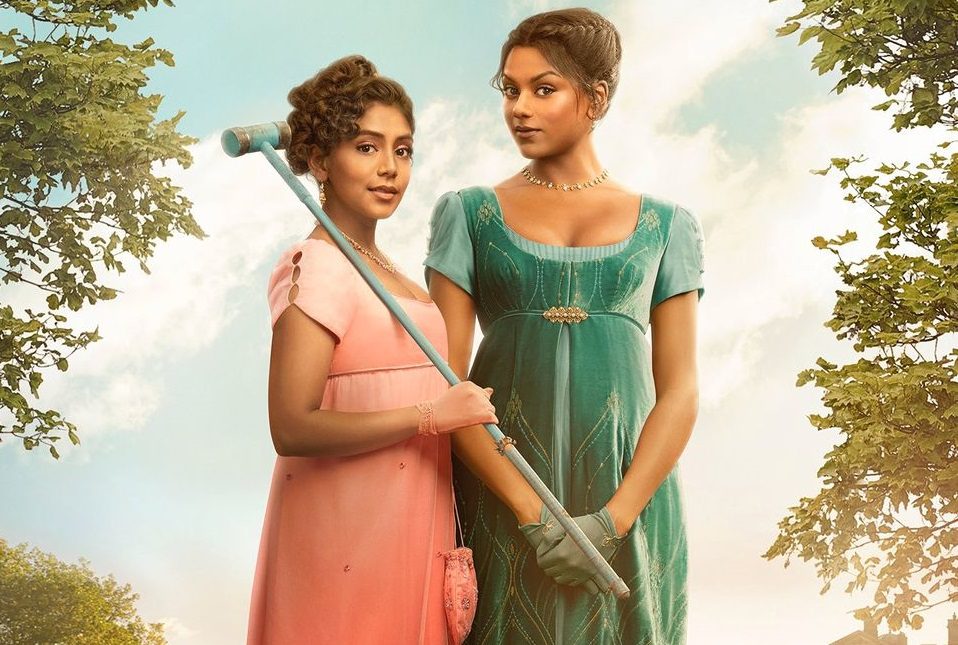 Though a lot still needs to be done, it is no longer a rare sight to see South Asians creating their own space in showbiz. Talking about South Asian actors, in particular, they are getting meatier roles to play in movies as well as TV series and are no longer reduced to caricatures or shown in blink-and-you-miss-it appearances. But in today’s day and age, it is more about presentation than representation. Are all South Asian characters shown in films or TV series depicted in the most authentic way possible?

Let’s take Netflix’s hugely popular Regency-era drama Bridgerton 2 as an example. The show has two brown girls of Tamil descent, Simone Ashley and Charithra Chandran, fronting the lead cast. They play these elegant, zestful sisters who are immensely proud of their Indian culture and heritage. Days after its premiere in March, Bridgerton 2 emerged as one of the most-watched shows on the digital platform, with a number of critics praising the makers for attempting a near-authentic representation of South Asians in the Sharma sisters.

Reem Khokhar, who is a journalist based in Delhi, told a publication: “I think it was great to see brown faces on a hugely popular international show. And for me, it was particularly refreshing to see sultry, darker-skinned women because even Indian cinema, mainly Bollywood, has lighter-skinned actresses. Both Bridgerton actresses are Tamil and it was wonderful to see more diverse representation.”

Arti Khanna, who is a teacher in Bangalore, found Kate’s independence refreshing and represents what many Indian girls are doing today, pulling away from patriarchal norms and pressures.

However, there are a number of countries in South Asia that are home to more than two billion people who speak different languages, wear different clothes, and follow a different set of customs and norms. In such a scenario, how can one show get representation absolutely right?

London-based Pallavi Sethi, who works in the field of news and misrepresentation, said: “When I saw the trailer for Bridgerton season two, I was deeply excited to see the makers cast a South Asian lead and introduce the Sharmas, an Indian family, into the historical Regency period drama. Alas, I was a bit disappointed once I started watching the show. The bungled mix of different cultures remained painful to watch. For a show that heavily relies on its historical vocabulary, it mixed up many Indian words and, therefore, inaccurately depicted my beautiful country.”

Sethi went on to add, “For instance, Sharma is an upper-caste North Indian last name, but the girls refer to their father as ‘appa’, the Tamil version,” says Sethi. “Then Kate calls her sister bon, which is ‘sister’ in Bengali. It’s hard to believe the makers with enormous budgets couldn’t do their research, so some of this seems intentional. Still, I’d love to know the reason behind this decision, or error, as I see it. If there’s one thing I would tell the makers for their next season, it’s that misrepresentation can be as bad as non-representation.”

Khokhar, however, doesn’t necessarily agree with Sethi’s views. “I know there has been a lot of nit-picking about their names, the use of the words ‘bon’ and ‘appa’. Yes, it would have been nice to have more accuracy, but to be honest, the show has such diverse casting for the Regency period, which managed to help me suspend my disbelief enough to look past colour and just enjoy them as characters,” she said.

“What is the correct representation of an Indian person?” asks Indian journalist Veenu Banga, who lives in Florida. “Look at the diversity in our country, from Assam to Kerala. Besides, despite the ‘inaccuracies’ if we may call them that, who’s to say that there was not an Indian girl who was an ace horse rider and excellent all-rounder in the sport of the day? After all, we did have Rani of Jhansi.”

Bridgerton 2 is currently streaming on Netflix.