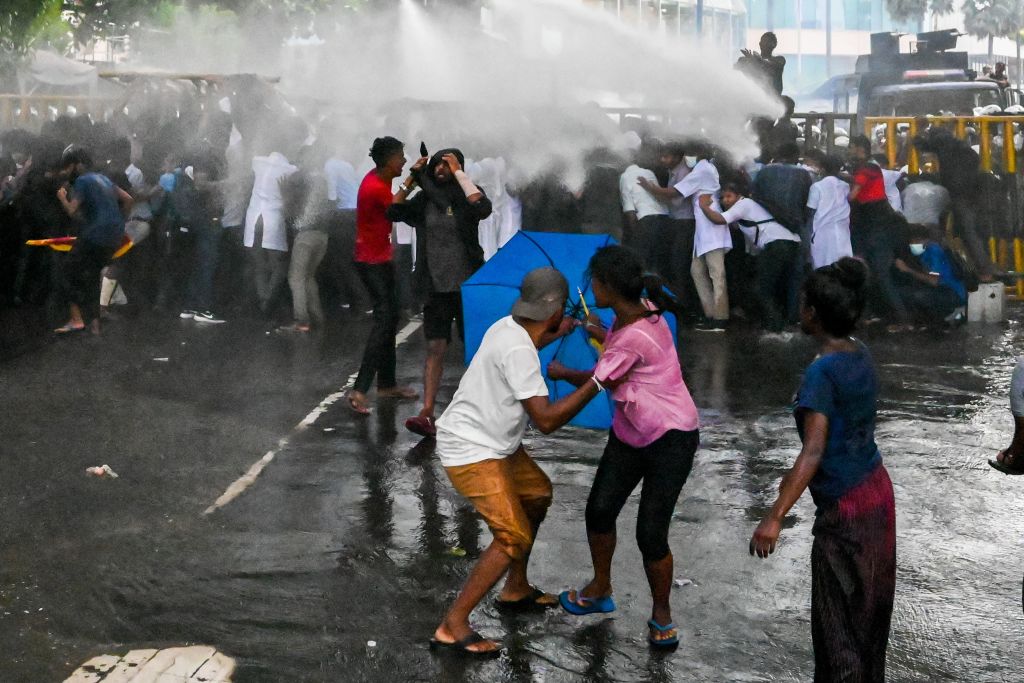 SRI LANKA will need $5 billion over the next six months to ensure basic living standards, and is renegotiating the terms of a yuan-denominated swap worth $1.5bn with China so as to fund essential imports, the prime minister said on Tuesday (7).

The island nation’s worst economic crisis in seven decades led to a shortage of foreign exchange that stalled imports of essential items such as fuel, medicine and fertiliser, provoking devaluation, street protests and a change of government.

To tide over the turmoil, Sri Lanka will need about $3.3bn for fuel imports, $900m for food, $250m for cooking gas and $600m more for fertiliser this year, prime minister Ranil Wickremesinghe told parliament.

The central bank has estimated the economy will contract by 3.5 per cent in 2022, Wickremesinghe said, but added that he was confident growth could return with a strong reform package, debt restructuring and international support.

“Only establishing economic stability is not enough, we have to restructure the entire economy,” said Wickremesinghe, who is working on an interim budget to balance battered public finances.

“We need to achieve economic stability by the end of 2023.”

The Indian Ocean nation of 22 million is negotiating a loan package worth about $3bn from the International Monetary Fund, in addition to help from countries such as China, India and Japan.

On Tuesday (7), the cabinet approved a $55m credit line from India’s Exim Bank to fund 150,000 tonnes of urea imports – a critical requirement as supplies have run out during the current cropping season.

“Farmers do not need to be worried about not having inputs for the next season,” cabinet spokesman Bandula Gunawardena told reporters, estimating that 150,000 tonnes of urea would be needed for the next cultivation cycle.

While food inflation of 57 per cent is partly driven by higher global commodity prices, a depreciated currency and low domestic production, it is estimated that yields from the next harvest will be halved by the lack of fertiliser.

The UN is set to make a worldwide public appeal for Sri Lanka on Wednesday (8), and has pledged $48m for food, agriculture and health, Wickremesinghe said.

Sri Lanka was also renegotiating with China the terms of a yuan-denominated swap worth $1.5bn agreed last year.

The initial terms provided that the swap could only be used if Sri Lanka maintained reserves equivalent to three months of imports.

But with reserves now well below that level, Sri Lanka has to request China to reconsider the requirement and allow the swap to proceed, Wickremesinghe said.

Wickremesinghe, who is also finance minister, will unveil an interim budget next month that he said aims to slash government expenses and looks to increase annual welfare spending to $500m from about $350m.