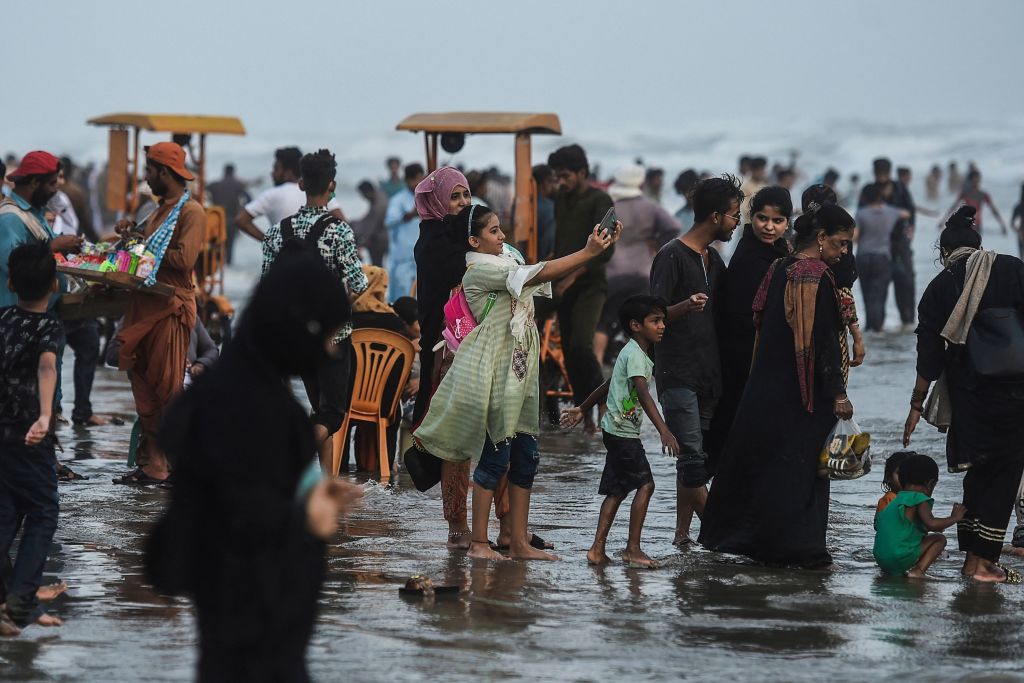 People walk along the Clifton beach in the port city of Karachi on June 21, 2021, after the government eased restrictions. (Photo by ASIF HASSAN/AFP via Getty Images)

PAKISTAN’S largest city Karachi is experiencing a rapid spread of the Delta variant of the coronavirus on the eve of the Eid al Adha holiday as public and some private sector hospitals are reaching capacity and have started refusing patients, medical officials said on Tuesday (20).

During the past 24 hours, the coronavirus positivity rate in the Sindh capital increased to 25.7 per cent, nearly five times the national rate of 5.25 per cent.

On Monday (19), the Sindh provincial government said the Covid-19 situation in the city is becoming serious, and warned people that ignoring precautionary measures during the holiday could make matters worse.

Government hospitals have reached saturation points, something not witnessed during previous waves, and even some private hospitals are refusing patients, said Dr Qaiser Sajjad, secretary-general of the Pakistan Medical Association.

“People are not taking this pandemic seriously. Such irresponsible behaviour during the Eid festival will make matters worse,” Sajjad said.

The Delta variant could spread during the holiday as people travel from cities like Karachi to their hometowns.

According to the Centre for Chemical and Biological Sciences at the University of Karachi, there is a 92.2 per cent prevalence of the Delta variant in the city.

Dr Seemin Jamali, executive director of the Jinnah Hospital, Karachi’s biggest, said that 77 out of its 90 coronavirus beds were occupied and it was planned to add more.

“We did not face such a capacity situation during previous waves,” Jamali said. “The situation is getting pretty bad.”

The Muslim holiday and upcoming elections in Pakistan-administered Kashmir on July 25 could prove to be super spreader events, as the government and the opposition are busy holding big public gatherings, the two doctors warned.

Last week, Pakistan’s planning minister Asad Umar said hospitals were seeing a rapid build-up with the influx of Covid patients. He had earlier warned of a fourth wave if precautionary measures were not followed.