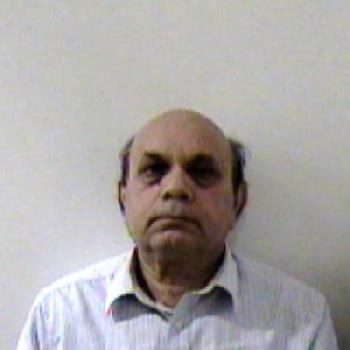 A doctor from North Lanarkshire has been jailed for 12 years for sexually abusing patients over four decades, the BBC reported.

Dr Krishna Singh 72, kissed, groped, gave inappropriate examinations and made sleazy comments to 47 patients, the report added. Singh, who was awarded an MBE in 2013, denied abusing his position to carry out sex attacks on rape victim, teenage children and pregnant women.

In April, he was convicted of 54 sex offence charges against women and girls over 35 years. The High Court in Glasgow heard that Singh was a sexual predator “hiding in plain sight”.

According to the report, the case has led to calls for a full public inquiry into why authorities did not stop his behaviour sooner.

The judge described the GP’s serial offending between February 1983 and May 2018 as “calculated and manipulative” and noted he had not expressed regret as he had not accepted responsibility.

Lord Armstrong told Singh that he abused his position as GP to carry out unnecessary physical examinations of a sexual nature including examinations without a chaperone.

“You undermined the standing of the medical profession and eroded the trust of the female patients. Society is is abhorrent to such conduct and the court must reflect that as it is important people who commit these crimes in the way you did know they will be brought to justice,” Lord Armstrong was quoted as saying by the broadcaster.

After his conviction police confirmed that four more women have made complaints about Singh, whose practice was in Coatbridge health centre. Officers said the complaints made so far were “the tip of the iceberg”.

Detective Inspector Stephen Morris described Singh’s behaviour as “appalling and predatory”, and he praised the woman who came forward.

Laura Connor, a partner at Thompsons Solicitors who represented some of Singh’s victims, said his conviction should not be the end of the matter.

“Questions must now be asked about how this sexual predator hid in plain sight for so long while carrying out his crimes,” she added.

The BBC reported that Singh became a GP in the area in the early 1980s and went on to serve as a police casualty surgeon, which included examining victims of sexual violence.

An investigation was launched into his behaviour when one woman reported him to authorities in 2018. A letter was then sent to all patients at the practice to see if they could help in the police inquiry.

Among the witnesses who gave evidence was a 50-year-old hospital worker who had reported being raped.

She was examined by Singh at a police station in Motherwell in March 2008.

The woman said the GP asked her whether she had been wearing a skirt and whether sex was consensual. She said he went on to molest her.

“He asked how low my top was and if my cleavage was showing. He was asking if I was being provocative. He said ‘so, you are not a good time girl’,” she told the court.

Another woman who saw Singh while she was a teenager said he would “press and prod” around her pant line during check ups on a sore throat. A man told the court he threatened to assault Singh after catching him groping his pregnant wife at an appointment in the mid-1990s.

The court heard that many women became so uncomfortable going to see the GP that they brought a friend or relative to appointments.

Dr Linda Findlay, medical director for South Lanarkshire Health and Social Care Partnership, said Singh’s actions had been a “despicable breach of trust and a total abuse of the patient-doctor relationship”.

Singh was also put on the sex offenders register for an indefinite period, and the General Medical Council confirmed Singh was currently “interim suspended” pending the conclusion of an investigation.