Eateries desperate to hire Chefs from outside of the UK 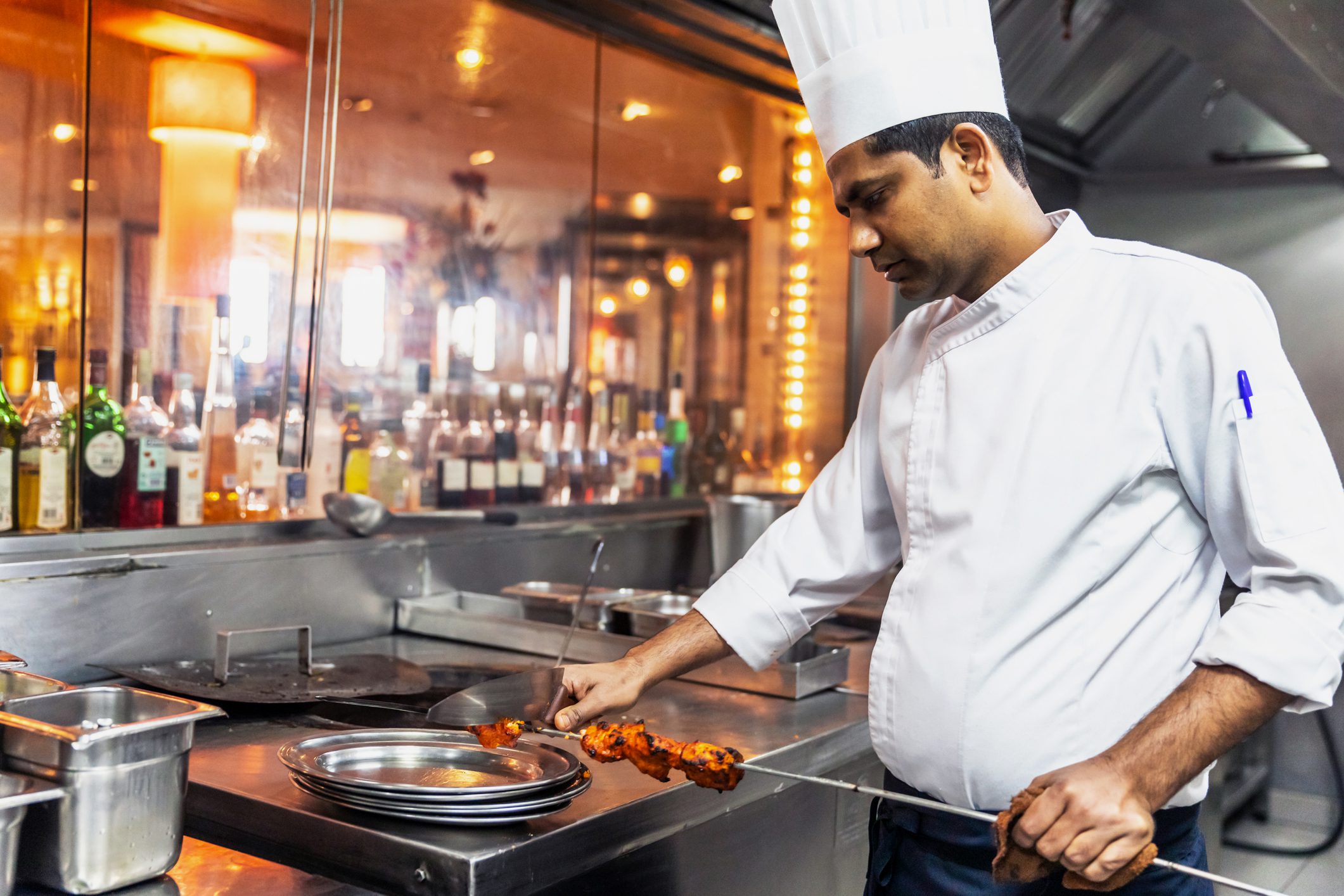 They have revealed the shortage of talent has led to “rampant poaching” and bigger eateries offering salaries of around £85,000 salaries, £5,000 sign-on bonuses and family holidays.

On the Indeed job website in May, an Indian restaurant in London was looking for a Sous Chef offering £45,000 annually while another eatery in Jersey was seeking to hire an Indian Cuisine Executive Chef with a pay packet of £27,821 – £64,140 a year.

Hospitality vacancies are still higher than any other industry with an estimated 164,000 posts unfilled. And there were 7.5 positions open per 100 hospitality jobs in March, according to the Office for National Statistics.

Cyrus Todiwala, who runs restaurants in London, believes it is “the greatest issue our industry currently faces.

He told Eastern Eye: “The situation is so bad that there is rampant poaching and silly monies are being offered.

“I read about this huge offer but it won’t be common unless there is a bigger establishment that needs a very qualified chef at any cost. We unfortunately surrendered our sponsors permit a few years ago and never renewed it. There are hotels willing to offer cash rewards for accepting and joining and these can be anything , plus a lot of perks too. But it won’t solve issues yet – we must start a good, formal professional school to combat these issues to make people job ready and get employers on board to contribute too.”

Todiwala added: “A lot of businesses decided to capitulate during the pandemic and many of the staff laid off took up other professions which they now find better so won’t go back to work in our  industry. On the other hand, several hundred thousand industry workers emigrated back to their homelands thanks to Brexit and have found good jobs in European cities.

“So Britain is badly loosing out. We always had a good skills shortage and now it’s at a value that far exceeds the norm.”

UK businesses can sponsor any type of chef from overseas if they pay them a salary of at least £30,000.

Home Office immigration figures for last year showed there were 239,987 work-related visas granted, 25 per cent higher than in 2019.

Syed Ahmed, editor of Curry Life magazine who runs south Asian food festivals around the world, told Eastern Eye: “There’s a chef I know in Kolkata; one restaurant owner in London approached me asking for a chef and I recommended him. He was offered a salary threshold of £23,500 but didn’t find it attractive due to the accommodation and extra costs. He declined after researching it and said he is earning enough money in India.

“Bringing in staff from India; the costs are quite high applying for the Home Office licence for a work permit. It’s a long and lengthy process, interviewing them online or going through a recruitment agency.

“There is the issue of accommodation. The cost of living is so high that people are scared to come here. Earlier, they stayed on the premises of the business, but now they have to find their own accommodation. So there’s the rent and energy bills cost.”

Ahmed from London added: “There is no difficulty finding tandoor chefs in India, Bangladesh, Sri Lanka – the problem is if they want to leave their comfort zone and whether in future they can bring their family. The government has to make it easier for people to come from abroad.”

Manju Malhi, a chef and author of The Seasoned Foodie, said the majority of restaurants and eateries in the UK do not have the budget to offer eye-watering salaries especially with food and fuel prices rocketing.

She said: “The current situation is pretty tough and has a domino effect on other industries such as food product suppliers whose customer base is the hospitality industry. Those restaurants and hotels in tourist resorts offering salaries of around £85,000 a year are few and far between and are only offered by the big guns in the hospitality industry who have that kind of money to take these monetary risks.

“And in order to justify the high wages, these establishments would appear to only look at “celebrity” chefs with massive social media presence.”

Malhi added: “There are schemes set up by the government for Covid recovery but more long term financial strategies and grants could incentivise businesses still struggling to cope.

“More education and training programmes could strengthen the UK skills base for the long haul and modifying the existing temporary visas for low-skilled workers who are integral to the hospitality sector could bolster and boost the industry in both the short and medium term.”

Vale Holiday Parks in Aberystwyth, Wales, has hired five chefs from India this year after struggling to find staff.

Sumit Goswami, 31, from Delhi, relocated with his wife to work there after leaving a five-star hotel job in India.

He said: “Everyone loves to get chef experience in the UK or Canada and, when I get time off, I go to the beach or spend time in the mountains.”

A Home Office spokesperson said leaving the EU had enabled the UK to introduce a new points-based immigration system. It said the scheme was designed to encourage employers to make long term investments in the UK’s domestic workforce instead of relying on labour from abroad.