Explainer: What is polio, how does it spread and are Britons at risk? 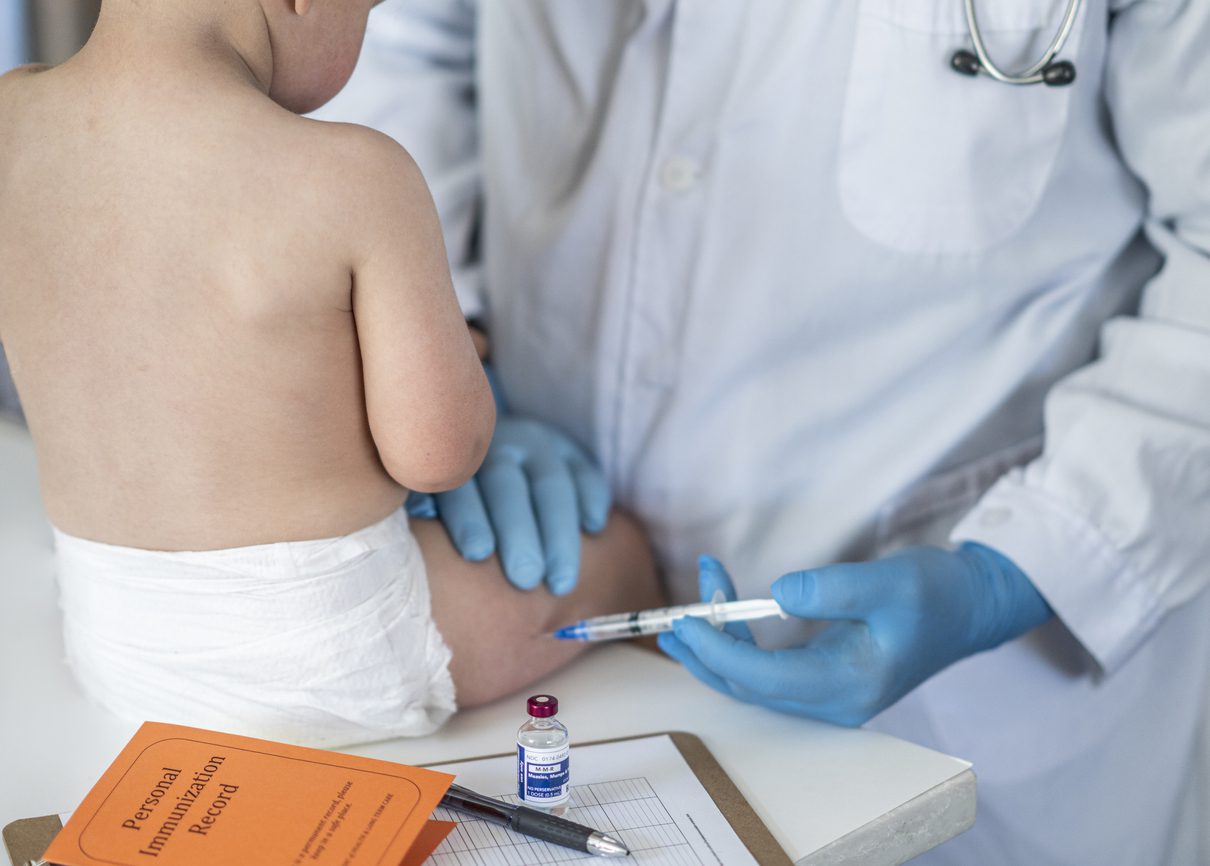 A type of poliovirus derived from vaccines has been detected in London sewage samples, the WHO and British health officials said Wednesday (22), adding that more analysis was underway.

No human cases of polio have been found in Britain, where the crippling disease was fully eradicated two decades ago. The last case of wild polio contracted in the UK was confirmed in 1984. The UK was declared polio-free in 2003. Here is all you need to know about the virus

Poliomyelitis, or polio, is a highly infectious viral disease that mostly affects the under-fives. Three types of poliovirus can cause infection, but after mass-vaccination programmes the disease is now rare in most parts of the world. Polio is still found in Afghanistan, Nigeria and Pakistan.

What are the symptoms?

Most people who contract polio won’t have symptoms and will fight the virus off without knowing they were infected. But a small number develop a flu-like illness up to three weeks after infection. They can experience a fever, sore throat, headache, stomach pain, aching muscles and nausea. In a small fraction of cases, between 1 in 100 and 1 in 1,000, the virus damages nerves in the spine and base of the brain. This can cause paralysis, usually in the legs, over the course of a few hours or days. The first symptoms of paralysis are the rapid onset of weakness in a limb, but sometimes muscles in the head and neck. If muscles used for breathing are affected, the infection can be life-threatening.

How does polio spread?

Poliovirus multiplies in the intestines and mainly spreads through the faecal-oral route, meaning that people shed the virus in their faeces and pass it on when their hands become contaminated in the toilet. It can also spread through contaminated water and food, and less commonly through coughs and sneezes.

What vaccinations are available?

An oral polio vaccine is used in countries that are in the process of eradicating the disease. The vaccine contains weakened, live strains of polio that grow briefly in the gut and provide a high level of immunity against the virus. The UK and many other countries used to use this, but switched in 2004 to an inactivated polio vaccine, which is injected and contains a dead poliovirus that cannot replicate in the body. Vaccinations are offered through the NHS when a child is eight, 12 and 16 weeks old, as part of the six-in-one vaccine; when they are three years and four months old as part of the four-in-one pre-school booster, and at 14 years old as part of the three-in-one teenage booster.

What is vaccine-derived poliovirus?

People who are given the oral polio vaccine can shed the weakened virus for several weeks afterwards. On rare occasions, this shed virus can spread and cause outbreaks of “vaccine-derived” poliovirus. These viruses have lost the mutations that weakened them, making them more like the original poliovirus found in nature.

Dr Vanessa Saliba, consultant epidemiologist at UK heath security agency (UKHSA) said: “Vaccine-derived poliovirus is rare and the risk to the public overall is extremely low. Vaccine-derived poliovirus has the potential to spread, particularly in communities where vaccine uptake is lower. On rare occasions it can cause paralysis in people who are not fully vaccinated so if you or your child are not up to date with your polio vaccinations it’s important you contact your GP to catch up or if unsure check your Red Book. Most of the UK population will be protected from vaccination in childhood, but in some communities with low vaccine coverage, individuals may remain at risk.”

How did the UK detect poliovirus?

Health officials analyse samples of sewage from London and Glasgow biweekly. The surveillance typically picks up between one and three unrelated cases of poliovirus every year. These come from people who have received the oral polio vaccine abroad and are still shedding the virus in their stools when they return to the UK.

What is different this year?

In February, sewage from the Beckton sewage treatment works, which processes waste from 4 million people in north and east London, produced a positive test for poliovirus. As a one-off, this would not have raised the alarm. But tests in April revealed a genetically related poliovirus, which has continued to evolve and be detected in the waste ever since. This suggests there may be a limited spread of the virus in the area. Public health officials are now testing sewage upstream of the Beckton plant to narrow down the source of the virus, named “vaccine-derived” poliovirus type 2 (VDPV2).

What is the risk?

So far, no cases of polio or related paralysis have been reported in the UK, but doctors have been urged to be vigilant for patients who come in with symptoms. The concern is that the vaccine-derived poliovirus could gain a foothold in areas where polio vaccination rates are low. The longer the virus spreads, the greater the risk of it causing severe disease, particularly in young, unvaccinated children who could become paralysed.

Jane Clegg, chief nurse for the NHS in London said: “The majority of Londoners are fully protected against Polio and won’t need to take any further action, but the NHS will begin reaching out to parents of children aged under five in London who are not up to date with their polio vaccinations to invite them to get protected. Meanwhile, parents can also check their child’s vaccination status in their Red Book and people should contact their GP surgery to book a vaccination, should they or their child not be fully up to date.”

What is the advice?

While the risk to the general public is considered low, public health officials are urging people to make sure that they and their children are up to date with their polio vaccinations, which are highly effective at preventing the paralysis caused by the virus.