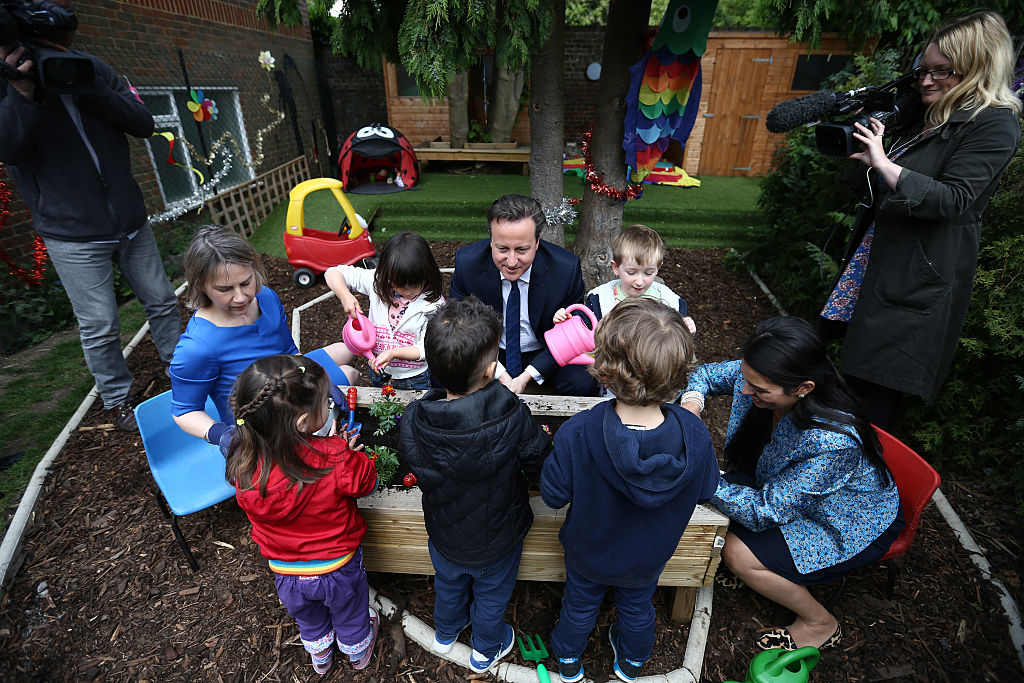 THEUK government has announced ambitious new plans to improve the cost, choice and availability of childcare that will benefit hundreds of thousands of parents across the country.

The country has some of the highest-quality childcare provision in the world with 96% of early years settings rated by Ofsted as good or outstanding, but it is also one of the biggest costs facing working families today, the government said in a press release.

This means some families, in particular women, feel they are not able to return to the workplace after giving birth due to the high cost of putting their child into paid care.

With the cost of living continuing to rise, the government is committed to doing everything it can to support families with their finances while keeping people in high-wage, secure jobs that help grow the economy. New plans are being set out today to ensure high-quality and affordable childcare is accessible to all.

To drive down costs for providers and parents, a new consultation will look at increasing the number of children that can be looked after by each staff member in early years settings.

It will propose changing staff-to-child ratios from 1:4 to 1:5 for two-year-olds, giving providers more flexibility in how they run their businesses while maintaining safety and quality of care. Childcare for children aged 0-2 is the most expensive for providers to deliver, largely given the need for higher supervision levels.

This could potentially eventually reduce the cost of this form of childcare by up to 15%, or up to £40 per week for a family paying £265 per week for care for their 2-year-old, if providers adopt the changes and pass all the savings on to parents.

Education secretary Nadhim Zahawi said, “Every child deserves a great start in life and that means giving families the support they need.

“Childcare is an integral part of our economy, and these reforms prove again that this government is on the side of working families. I’m hugely grateful to the thousands of dedicated early years professionals who provide daily care and education to our youngest children, which is why I am determined to support them by giving them greater flexibility in how they run their services.

“This in turn will support thousands of families across the country, helping to develop children’s skills while also supporting parents into work.”

The government is also set to increase choice and affordability for parents by taking action to open up the childminder market.

While early years settings such as nurseries are the most popular option for families, childminders are generally the most affordable and flexible form of childcare. While the average cost of a two-year-old attending a nursery for 50 hours a week in England is £265 per week, this compares to £236 with a childminder. The government will support more people to become childminders by:

The government will streamline the Ofsted registration process for providers. More providers registering would mean that parents have a wider choice of providers on which to use these schemes, to pay for childcare that supports their working lives.

The government will also encourage the growth of Childminder Agencies (CMAs). CMAs could ultimately become major players in the childcare market – stimulating competition and driving down costs while providing parents with more options for care. CMAs are central bodies that remove the individual administrative and regulatory burden on childminders, as well as often providing parents with tools such as mobile apps through which they can book their childcare.

Parliamentary under-secretary of state for children and families Will Quince said, “I’m proud of the excellent quality of childcare and early education in England, which is a huge asset to working parents. But too many are struggling to balance work with childcare costs.

“We know there are thousands of parents who are eligible for government support but not taking it up. That’s why we want to increase awareness of the existing childcare offers, allow providers to provide services more flexibly and make sure funding gets where it is needed most.”

Also announced is an additional £10 million investment for Maintained Nursery Schools, into the supplementary funding they receive from 2023-24.

These settings often care for some of the most disadvantaged children in the country and have additional costs that other early years settings do not – such as the requirement to have a headteacher – because they are constituted as schools.

Since the introduction of the Early Years National Funding Formula in 2017, the government has provided supplementary funding for these nurseries to protect their funding levels.

This additional funding forms part of a separate consultation on plans to reform how early years funding is distributed around England, to ensure the system is fair, effective and responsive to changing levels of need.

The government has spent more than £4 billion each year for the last five years helping families with the cost of childcare, but almost one million eligible families have not taken up their right to Tax-Free Childcare, which is worth £2,000 per year or £4,000 for children with disabilities. Universal Credit Childcare allows families to reclaim 85% of their childcare costs, worth up to £1,108 per month.

The government is also driving a renewed campaign – via the Childcare Choices website – so parents can access the support they are entitled to, through a ramped-up marketing campaign backed by £1.2 million, which launched last week. This will also encourage providers to take the necessary steps to offer the full range of childcare support to parents using their services.

Exchequer secretary Helen Whately said,“Tax-Free Childcare provides a helping hand with childcare costs for working families but thousands of parents could be missing out.

“With almost one million families eligible, I want to encourage parents to take advantage of this support of up to £2,000 per year for each child.”

Secretary of state for work and pensions Thérèse Coffey said, “We want more people to take up Universal Credit childcare financial support that is available now to help working families. We also want more childcare providers to register with Ofsted and unlock more places that can be subsidised to help with the cost of living.”

The government also offers 15 hours per week of free childcare or early education for all 3- and 4-year-olds, rising to 30 hours for working families, and 15 hours for disadvantaged 2-year-olds.

The government recently announced that eight million of the most vulnerable households (around a third of all UK households) will receive £1,200 this year and all families will receive £400 – this is on top of changes to Universal Credit, National Living Wage and National Insurance thresholds, so that people keep more of what they earn.

This takes total government cost of living support to over £37 billion – higher than other major economies around the world.