AN AWARD-WINNING surgeon known for his work with Pakistani acid attack victims has commended the Hindi film Chhapaak, claiming it could “make a difference” in society.

The film, which features Bollywood star Deepika Padukone in the lead role, depicts an acid attack survivor coming to terms with her injuries. Since Chhapaak’s release last Friday (10), Padukone has garnered widespread praise for her portrayal of Indian activist and survivor Laxmi Agarwal.

Dr Asim Shahmalak, who has travelled numerous times to his native Pakistan to perform free surgery on acid attack victims, believes the film will have a positive influence on the issue. “These kinds of powerful messages coming through a big industry like Bollywood will have an impact and make a difference,” he told Eastern Eye. “I am glad they are using it to touch upon these kinds of incidents. Acid attacks are rife in south Asia and I really appreciate the efforts made by the makers of this film.”

Since he first travelled to Pakistan in 2013 to treat acid attack victims, Dr Shahmalak has helped 26 women and one man who suffered horrific scarring. He has performed numerous hair transplants including work on eyelashes and eyebrows. Every survivor had a story, he said, and each one was devastating.

Niaz Bano, 53, lost her left eye after having acid thrown over her following a row with relatives over her 16-year-old daughter’s wedding. Another woman, Fatima Muneer, a mother of two, was soaked in sulphuric acid following a family feud.

The youngest patient Dr Shahmalak has seen is a four-year-old girl. She had been doused in acid by a family member after she refused to go to school one morning.

“I have heard all kinds of stories and I can’t tell you how terrible I feel for (victims). They are scarred for life and do not feel accepted in society,” he said. “I can’t believe someone could do such a cruel act to another individual.”

Many survivors did not feel they were able to live normal lives, he explained. Some could not secure jobs as they were shunned by society because of their physical appearance and so ended up begging on the streets for money. “Some hide their faces by veils, even to their close family and friends,” Dr Shahmalak added.

Although acid attacks in Pakistan became illegal in 2010, sometimes carrying punishments
of life sentences, Dr Shahmalak said many attackers still walked free. Some of those who suffered attacks faced social pressure or emotional blackmail, especially if the perpetrator was a family member, and they were too afraid to go to the police.

The surgeon undertakes annual voluntary trips to Pakistan where he meets patients and shortlists those who he can help. He then returns with his staff from Manchester’s Crown Clinic for approximately five days, performing hair transplants to a number of patients in need. Despite being approached by more than 80 survivors requesting surgery, many have
suffered from such catastrophic injuries that Dr Shahmalak is unable to treat them.

The father-of-two said it was heartbreaking to have to tell someone that he could not offer them help. “It is a shock for them,” he said. “They come with a hope and I want to give them that, to help give them their life back, but sadly, I can’t do that for a majority of patients.”

For his humanitarian work with acid attack survivors, the surgeon was recently honoured by prime minister Boris Johnson with the Points of Light award. It recognises outstanding individual volunteers or people who are making a change in their community and inspiring others.

Although he was “delighted and humbled” by the news, Dr Shahmalak stressed
that he did not work with survivors in order to “reap any reward”. Having been brought up and educated in Pakistan, he wanted to give something back to the country he still felt deep ties to, he revealed.

“Since I left the country 30 years ago, I have never worked there,” he explained. “I wanted to do something for the society where I grew up. For me, it was about paying Pakistan back and that is why I decided to do this.” 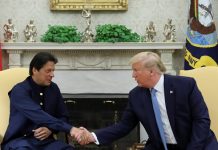 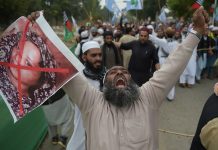 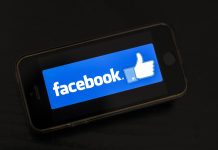