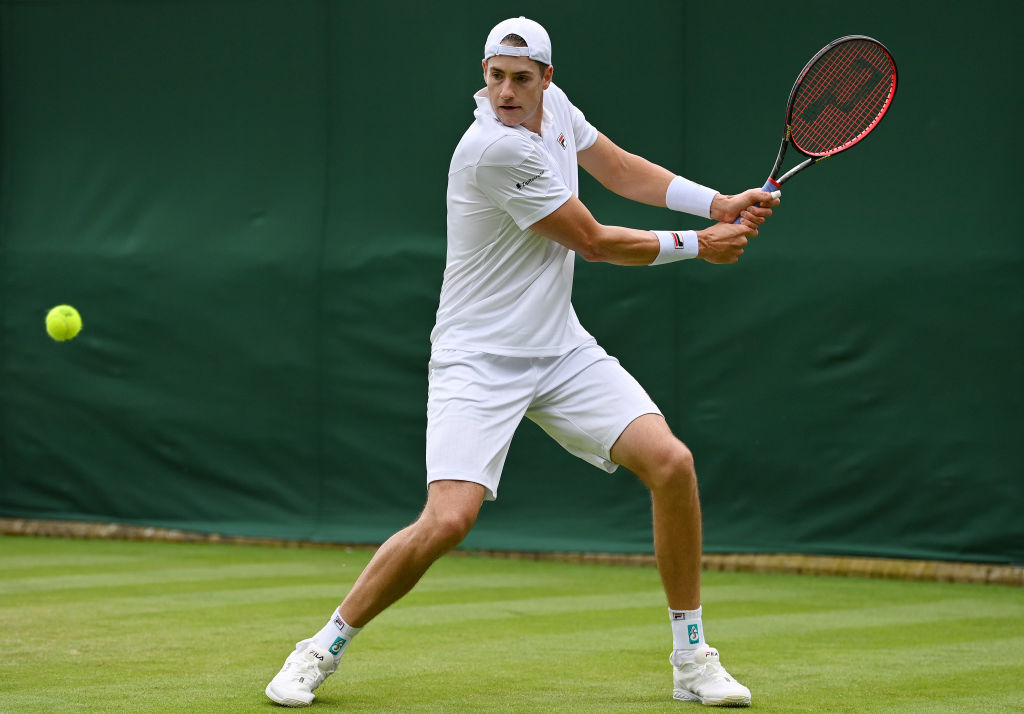 Twelve years after winning the longest tennis match in history, John Isner admits he still has nightmares whenever he goes to five sets at Wimbledon’s Court 18 where he beat Enzo Couacaud 6-7(6) 7-6(3) 4-6 6-3 7-5 on Monday.

Isner is best remembered for the 11-hour epic in 2010 against Frenchman Nicolas Mahut on Court 18 where the final set of their first-round match finished 70-68 to the big-serving American after they slugged it out over three days.

When jokingly asked if he had post-traumatic stress disorder playing on Court 18 again, Isner told reporters: “Good question. A lot!

“Everybody asked me about my memories on that court and its nightmares. I lost in five sets last year on that court, I won one today. I’ve spent a lot of hours playing on that court.

“I’m a nobody. I can’t go request what court to play on at Wimbledon, let’s be honest. No, I just was kind of praying I wouldn’t be on that court. The schedule came out and I go, ‘Shit!’. It happens.”

Isner fired 54 aces past Frenchman Couacaud and he is now close to breaking the record for most aces on the tour in tennis history.

The 37-year-old American has 13,688 aces and is just 40 aces shy of Ivo Karlovic’s all-time record, although the Croatian reached his mark in fewer matches.

Serena Williams’ journey to the top of the women’s game

He is a bit of God: Nick Kyrgios praises Novak Djokovic after losing Wimbledon final

I don’t take any win for granted: Novak Djokovic after winning his 7th Wimbledon title

Injured Nadal unsure if he can play semis against Kyrgios

It’s not easy to keep, my body, in optimal condition to compete at…