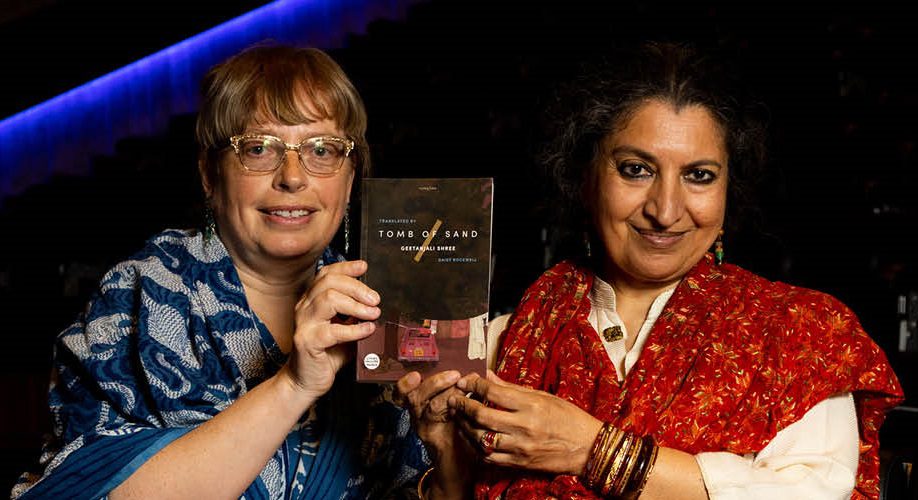 Delhi-based writer Geetanjali Shree has become the first Hindi writer to win the International Booker Prize. Her novel Ret Samadhi, translated into English as Tomb of Sand by Daisy Rockwell, won the International Booker Prize. It was the first Hindi-language book to be shortlisted for the £50,000 prize. Tomb of Sand is a story set in the shadow of the partition of India and follows an elderly woman after the death of her husband.

After creating history by winning the prestigious award on Thursday, author Geetanjali Shree said that she is happy, “but also feels a sense of responsibility towards herself, towards literature”.

“It is a recognition of the Hindi language and literature and it also points to the fact that there is a whole literature out there that needs to be discovered,” she told an Indian publication.

Geetanjali Shree in her award acceptance speech said, “This is a bolt from the blue, but what a nice one and I am still reeling. I never dreamt of the Booker and I never thought I could. What a huge recognition. I am amazed, delighted, honoured, and humbled. I want to start by thanking the Booker foundation and the Booker jury for choosing this book. There is a melancholy satisfaction in the award going to it. Ret-Samadhi, Tomb of Sand is the eulogy for the world we inhabit, a laughing eulogy that retains hope in the face of impending doom. The Booker will surely take it to many more people than it would have done otherwise.”

Apart from Ret Samadhi, Geetanjali Shree has written several short stories and novels. Her 2000 novel Mai was shortlisted for the Crossword Book Award in 2001.

Seven deadly reasons why Sunidhi Chauhan is a sensational singer

Nikhil Parmar: I see a lot of myself in my Invisible character, and…