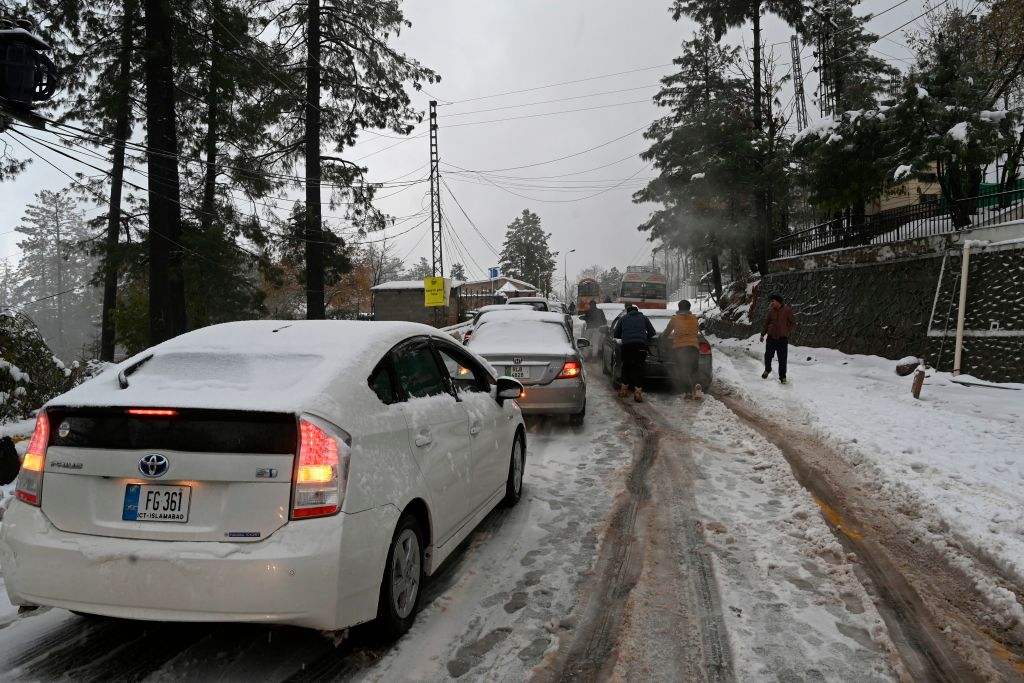 Murree, about 70 kilometres northeast of Islamabad, has long been popular for day trips from Pakistan’s capital. (Photo by AAMIR QURESHI/AFP via Getty Images)

AT LEAST 16 people died after heavy snow trapped them in their vehicles as tens of thousands of visitors thronged Pakistan’s hill town of Murree, the interior minister said Saturday (8).

The military has been mobilised to clear roads and rescue people still trapped, Sheikh Rashid said in a video message, adding: “At least 16 to 19 people died inside their vehicles.”

More than 100,000 cars had entered the scenic town of Murree in the past few days to see the unusually heavy snowfalls, causing an enormous traffic jam on roads leading in and out, a police spokesman said.

Murree, about 70 kilometres (45 miles) northeast of Islamabad, has long been popular for day trips from the capital.

The Punjab province chief minister’s office said Murree had been declared a “disaster area” and urged people to stay away.