‘Love you forever and beyond:’ Aishwarya to her mother as she celebrates her birthday with Abhishek and Aaradhya – see inside photos 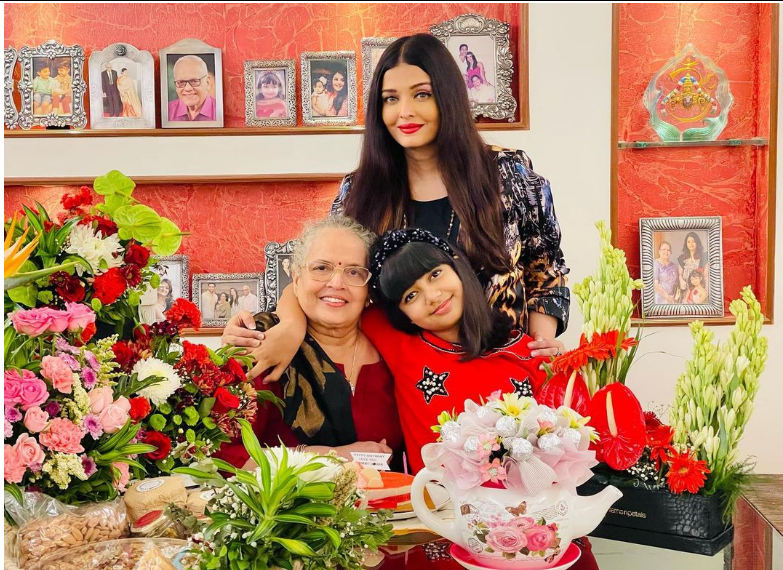 Popular actress Aishwarya Rai Bachchan is very close to her family. Despite her chock-o-block schedule, she makes sure to celebrate special days with them. The former Miss World is celebrating her mother Vrinda Rai’s birthday today and she took to social media to wish her on her special day.

The Guru (2007) actress wrote the message in uppercase letters and dropped several hearts in between her wish.

Aishwarya also gave a sneak peek into the private celebration by sharing two more photos in quick succession. In the second photo, she is with her mother, husband Abhishek Bachchan, and their daughter Aaradhya. Aaradhya is seen wrapping her left hand around her grandmother’s shoulder. There is a beautiful flower in her right hand.

The third photo, which seems to be clicked by Abhishek Bachchan, has Aishwarya and Aaradhya posing with the birthday girl. The actress captioned both the photos with just heart emojis.

Oscar-winning music composer AR Rahman has scored music for the period drama. Originally made in Tamil, Ponniyin Selvan will simultaneously release in other Indian languages also, including Hindi and Telugu. The first part of the film arrives on September 30, 2022.