‘Ms Marvel song ‘Aye Khuda’ is a composition I did a decade ago for a Salman Khan film,’ reveals composer Atif Afzal 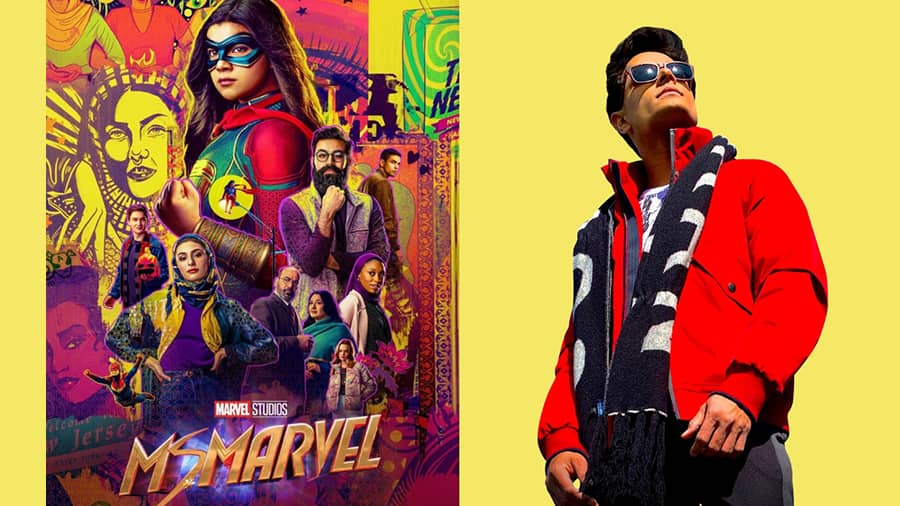 Music composer Atif Afzal believes every song has its own journey and something similar happened with “Aye Khuda”, one of his two tracks for the Disney+ series “Ms Marvel” which was originally supposed to be part of a film starring Salman Khan.

Ten years ago, Mumbai-born Afzal almost got his big Bollywood break with Khan’s movie, which he said never went on floors.

The singer-composer, whose credits back home include films such as “Monsoon Shootout” and “Prague”, said he presented around 15 songs to the makers of “Ms Marvel” out of which they first picked “Aye Khuda”. “I presented around 12-15 tracks to them. The one they ended up liking the most was ‘Aye Khuda’, which apparently happens to be a composition which I did like a decade ago for a Salman Khan film, which didn’t eventually go on floor,” New York-based Afzal told PTI in an interview over Zoom.

“That was supposed to be my first big break in Bollywood. I had just left my corporate job and I was picked by Salman Khan. It was crazy. But that did not happen. You feel a setback but then it makes it to Marvel. The song had its own journey,” the composer, a former IT consultant, added.

But “Ms Marvel”, fronted by Iman Vellani as the titular superhero, is not the first Marvel Studios job for Afzal.

The music director’s association with the banner started with Tom Hiddleston-starrer “Loki” series, for which he had created “Aadhaan Maghribi”, a song inspired by the hymns recited in mosques.

“‘Ms Marvel’ is an offshoot of ‘Loki’, which was received pretty well not only in the US but also globally. Then they reached out to me for another project, which I had no clue about. ‘Loki itself was an offshoot of another conversation which we were on for six months or so. I don’t know which project it was so I tried to join the dots,” he said.

Artistes never have any clue about the series when Marvel executives reach out to them, said Afzal about the studio famous for fiercely guarding plot details of its projects.

For the show’s name what he got was “a code word”, which was accompanied by a description, backdrop, characters, and the plot.

“But they don’t reveal what project it is. And then you’re working with a team, figuring out and composing the tracks and then right at the end that’s when you come to know everything,” the musician, who is in talks for another Marvel Studios project, added.

Even when they like the work a composer puts out, Afzal said the reactions one gets are “very muted”.

“They are very minimal in reacting, they don’t go like ‘This is the best thing ever!’ But then when they take your track, you have to know it’s good… So it (‘Aye Khuda’) went very well and that’s when they reached out to me for the second track, ‘Dheemi Dheemi’,” he recalled.

“Ms Marvel” revolves around Kamala Khan, a Pakistani-American teenager living in New Jersey, who discovers that she has superpowers and has family history going back to India-Pakistan Partition in 1947.

Afzal, who started doing music professionally in 2010, said his process of composing songs is somewhat close to “method acting”.

For “Ms Marvel” he steered clear of doing hybrid music to emphasise on the character’s lineage.

“We wanted to make sure we aren’t introducing any hybrid elements just to show their roots are there but they are American. We wanted to keep it simple and ethnic. So, we decided we will go with even instrumentation or the wording to keep it raw.” Asked which instrument he visualises as the sound of the Indian subcontinent, the composer said vocals.

“The first instrument that comes to my mind is the voice as it is an instrument on its own. Traditionally, we’ve had the oldest music forms alive on the planet. Carnatic music and even Hindustani classical.” He composed “Dheemi Dheemi” on a harmonium, not a guitar, he said.

“Once I’ve laid out the composition, I start adding instruments,” he added Afzal, who started playing the harmonica by the age of 11, said he loved his corporate job but after three years he realised he didn’t want to continue.

“My soul resonates with music. I wasn’t born with music, but I’ve definitely honed it with my hard work.” After working on a few Bollywood and Marathi films and around 150 advertising campaigns in India, he decided to migrate to the US with the aim to assist iconic music composer Hans Zimmer, a dream which didn’t come true due to work permit issues.

In 2018, he finally shifted base to New York. A thesis film at the New York University, several independent projects, and advertising campaigns later, the composer landed jobs with popular CBS shows “NCIS: Los Angeles” and “The Twilight Zone”, which eventually led him to Marvel Studios.

“It’s not easy to survive, you need to keep working hard,” he added.

Afzal, whose stage name is ‘A-Zal’, is currently working on his first solo American pop album ’17&11 Nights’ which will come out in late 2022.

He is also reuniting with Netflix for another project after the success of the Alicia Keys-produced rom-com film “Resort To Love”.