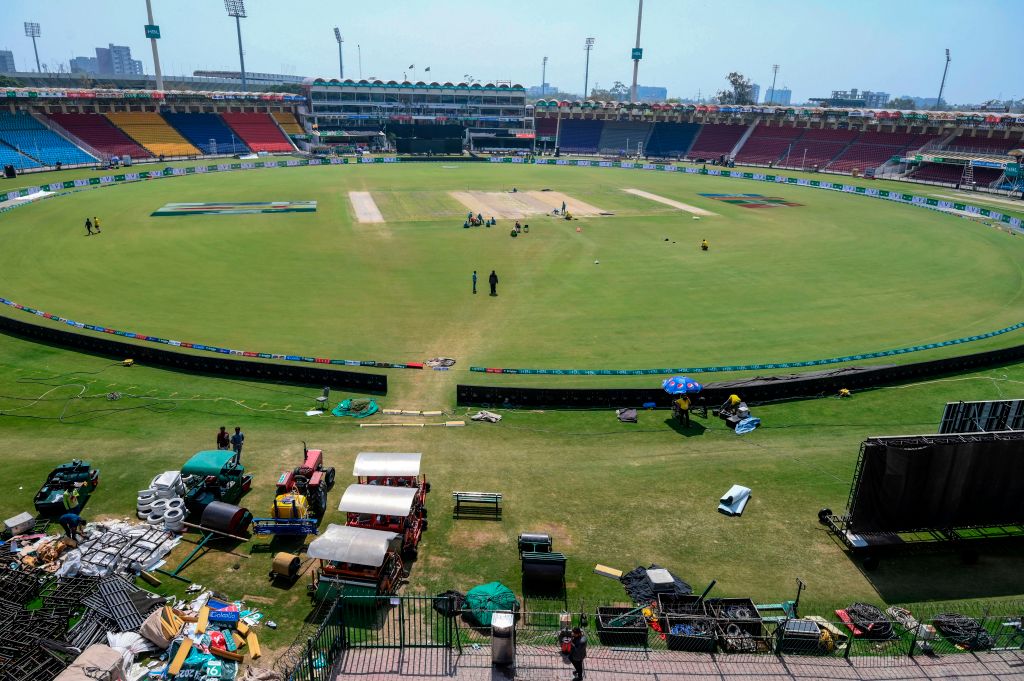 A general view of the Gaddafi Cricket Stadium in Lahore. (Photo by ARIF ALI/AFP via Getty Images)

PAKISTAN announced Monday (30) that it will allow a small number of Covid-19 vaccinated fans at the limited-overs home series against New Zealand starting next month.

“The National Command and Operation Centre (NCOC) has approved 25 per cent crowd attendance for upcoming Pakistan versus New Zealand series matches,” the Pakistan Cricket Board (PCB) said in a statement.

New Zealand will arrive in Islamabad on September 11 with the three ODIs scheduled at the Pindi Cricket Stadium in Rawalpindi on September 17, 19 and 21.

Since the Covid-19 outbreak last year, Pakistan has hosted Zimbabwe and South Africa with no crowds allowed.

“Spectators are the essence of any sporting event as they create an ambience and atmosphere for the players to excel, perform and we hope the fans will enjoy,” Khan said.

Pakistan will also host England for two Twenty20 internationals on October 14 and 15 – both matches in Rawalpindi.

England’s tour will be their first to Pakistan since 2005.

Pakistan is resuming hosting duties after teams for several years had refused to tour there over security fears. In 2009, the Sri Lankan team’s bus was attacked in Lahore – forcing the suspension of international cricket in Pakistan.