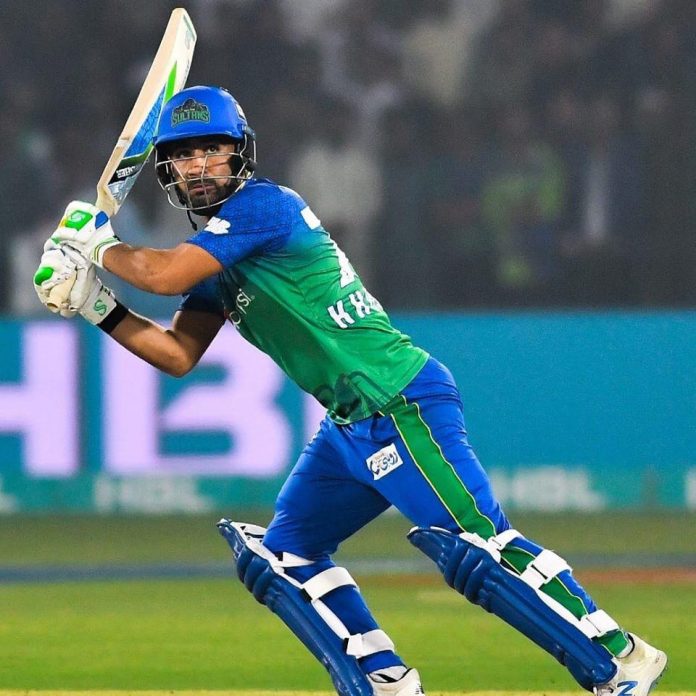 Pakistan batsman Khushdil Shah has suffered a fracture in his left thumb and will be out of action for up to three weeks, the country’s cricket board said on Sunday.

The left-handed batsman, who has played only one T20I, hurt his thumb during Saturday”s training session here.

“Left-handed batsman Khushdil Shah has been ruled out for up to three weeks after suffering a fracture in his left thumb while batting during Saturday’s training session in Derby,” Pakistan Cricket Board said in a statement.

“Khushdil is not featuring in the ongoing four-day intra-squad match and will not be available for selection for the second four-dayer, which will be played from 24-27 July in Derby.”

However, the 25-year-old cricketer will be able to resume his training from next week.

“As the nail is intact and there is no injury to nail bed, the orthopedic surgeon, team physician and team physiotherapist expect Khushdil to resume physical training by the end of the next week,” PCB said.

The Pakistan team is currently playing a four-day intra-squad match as part of its preparation for the upcoming Test series against England starting next month.

Pakistan will play three Tests and as many T20Is. The opening Test begins at Old Trafford on August 5.