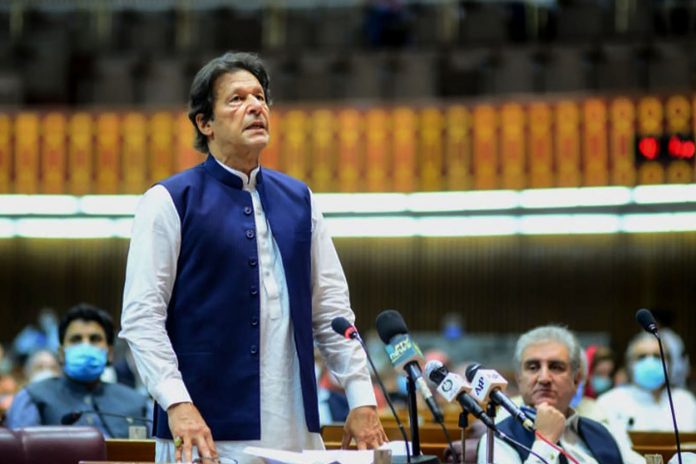 Pakistan Prime Minister Imran Khan on Thursday defended his government”s handling of the coronavirus crisis, saying there has been no confusion or contradiction in the official policies since the start of the disease, which has infected more than 192,000 people in the country.

“They say again and again that there was confusion … if there was one country whose government did not have confusion, it was ours,” Khan said while addressing the parliament.

He acknowledged about “a lot of pressure” exerted by the Cabinet colleagues to impose a strict lockdown but he refused to follow that path and even faced criticism for that.

“There was no confusion over the issue (tackling COVID-19),” he said.

“I said from day one we had a dual problem; we had to save the people from corona and hunger, and those dying from poverty,” he added, acknowledging that his government had to face “a lot of criticism” at the start and there was pressure to implement a more strict lockdown as was done by India.

Reiterating the “destruction” a sweeping lockdown could cause to a country, Khan said: “India”s reports are in front of the world”.

He said that the government was following the policy of smart lockdown instead of complete lockdown to protect people from disease and hunger.

Khan said that current month was critical and people should follow standard operating procedures (SOPs) properly to defeat coronavirus. “If we can get past this month without numbers escalating, the worst could be over,” he said.

The coronavirus cases in Pakistan crossed the 192,000-mark after 4,044 new COVID-19 infections were detected in the last 24 hours, the health ministry said on Thursday.

Khan also said the government will open the construction and agriculture sectors to offset the impact of the coronavirus. He said efforts were being made to reopen the tourism sector to protect the livelihood of the people associated with this industry.

He said the present government inherited the current account deficit of USD 20 billion which was reduced to USD 3 billion.

“Our tax collection witnessed a growth of 17 perc ent, and non-tax revenue 33 per cent before the breakout of the coronavirus,” he said.

He said Foreign Direct Investment rose to USD 2.1 billion from USD 1 billion and remittances and exports also registered a growth.

Meanwhile, the Ministry of National Health Services said that 148 more people died due to the deadly virus in the country, taking the death toll to 3,903.

A total of 81,307 patients have recovered so far from the disease.