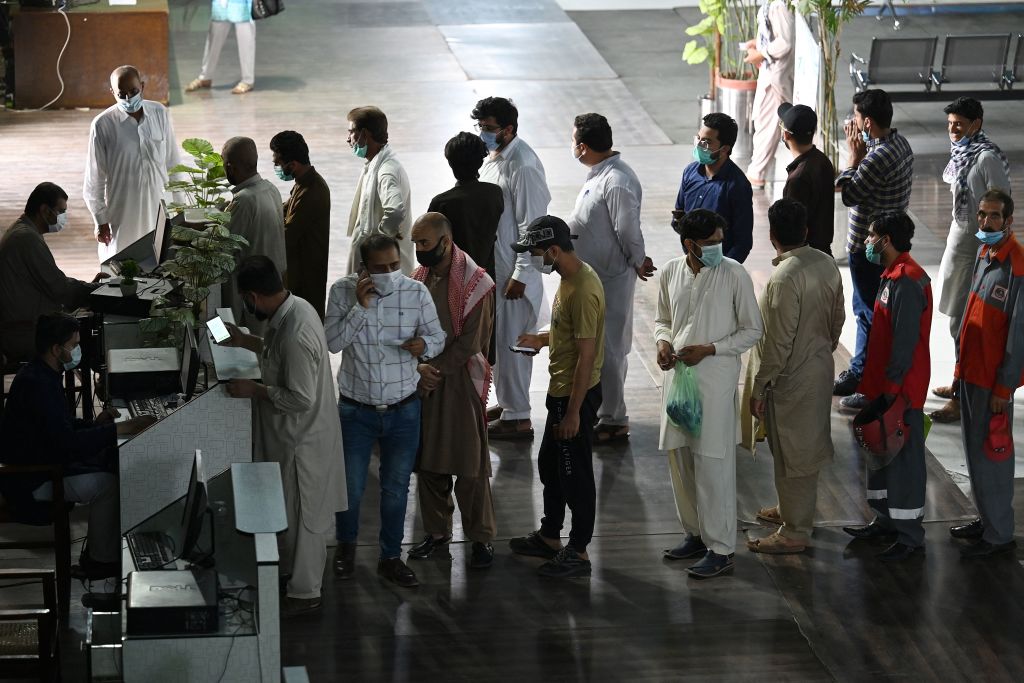 People stand in a queue to register to receive a dose of the Sinopharm vaccine in Rawalpindi on June 11, 2021 (Photo by AAMIR QURESHI/AFP via Getty Images)

He said the doses will arrive by the end of 2021 under an agreement the government has made with the manufacturer.

Pakistan faced initial vaccination hesitancy and a shortage of jabs, but it started a mass immunisation campaign in late May which is now open to all adults. It has relied heavily on its ally China for vaccine supplies.

On May 29, Pakistan received 100,000 doses of the Pfizer vaccine through the Covax facility, but authorities administered the jab to only those people who are immunocompromised and who are not suitable candidates for other vaccines.

Nearly 13 million doses of Covid-19 vaccines have been administered in the country of 220 million people so far, with about 3.5 million people fully vaccinated, according to the National Command Operation Centre, which is overseeing the pandemic response.

Pakistan has primarily used Chinese vaccines – Sinopharm, CanSinoBio and Sinovac – in its inoculation drive. Earlier this month, authorities allowed those under 40 years of age to receive AstraZeneca jabs, of which it has a limited supply; it is meant for people travelling abroad.

Pakistan also approved spending $1.1 billion (£790 million) on procuring vaccines as part of its goal to inoculate at least 70 million people.