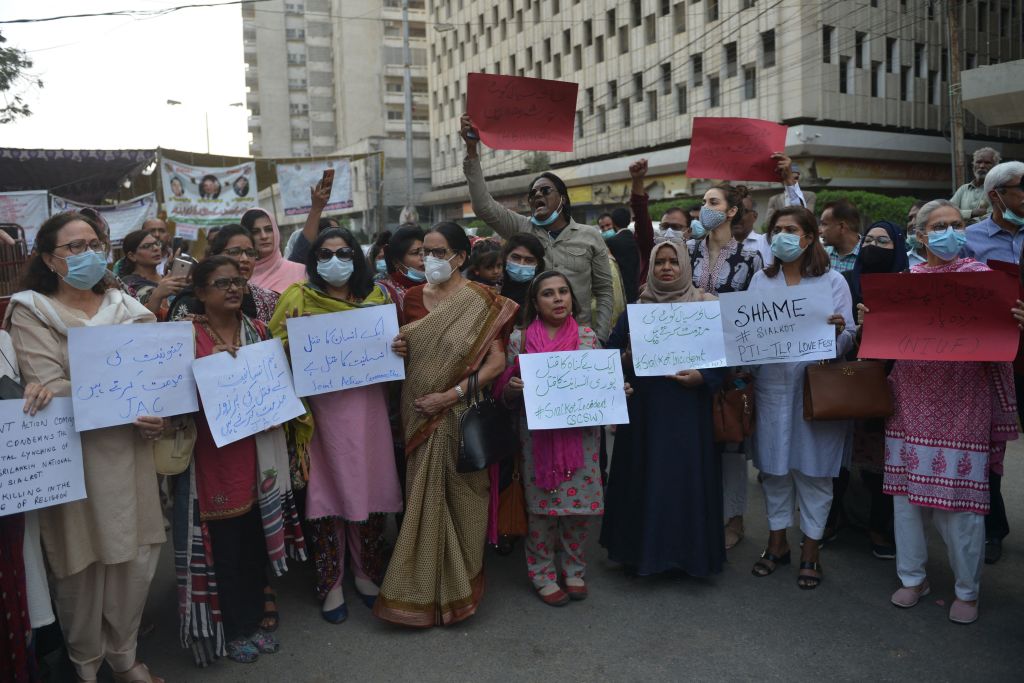 A file photo of members of Joint Action Committee carrying placards during a protest in Karachi on December 4, 2021 against the killing of a Sri Lankan factory by a mob who accused him of blasphemy. (Photo by RIZWAN TABASSUM/AFP via Getty Images)

A MUSLIM woman was sentenced to death in Pakistan on Wednesday (19) after being convicted of sending a blasphemous text message and caricatures of Prophet Muhammad via WhatsApp.

Aneeqa Ateeq, 26, was arrested in May 2020 and charged with posting “blasphemous material” as her WhatsApp status, according to a summary issued by a court.

When a friend urged her to change it, she instead forwarded the material to him, it said.

Caricatures of Muhammad are forbidden by Islam.

The sentence was announced in the garrison city of Rawalpindi, with the court ordering her to be “hanged by her neck till she is dead”.

She was also given a 20-year jail sentence.

Up to 80 people are known to be jailed in Pakistan on blasphemy charges – half of whom face life in prison or the death penalty – according to the US Commission on International Religious Freedom.

In December, a Sri Lankan factory manager working in Pakistan was beaten to death and set ablaze by a mob after being accused of blasphemy.