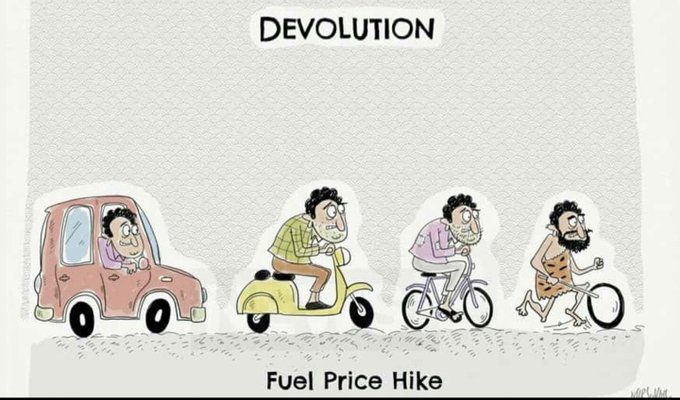 Pakistan on Thursday (26) announced it would hike fuel prices so that it could resume receiving aid from a $6 billion (£4.75 bn) package signed with the International Monetary Fund (IMF) in 2019.

Former prime minister Imran Khan, a known critic of the US, said the Pakistan government’s “subservience before foreign masters” led the country to “pay the price” as Islamabad “has not pursued a deal with Russia” for cheaper oil.

“Nation starting to pay price for Imported govt’s subservience before foreign masters with 20% / Rs30 per litre hike in petrol & diesel prices – the highest single price hike in our history. The incompetent & insensitive Govt has not pursued our deal with Russia for 30% cheaper oil,” he tweeted.

As expected, many Pakistanis also took to social media to vent their anger. A user said that petrol pumps will now be the preferred setting for “expensive” dates.

Another chided the PTI supporters for defending the fuel hike.

Here are some memes that are doing the rounds on the internet:

Khan, who was unceremoniously voted out of the prime minister’s office by a united opposition last month, highlighted how India managed to reduce fuel prices by buying “cheaper Russian oil”, despite New Delhi being America’s strategic partner.

“In contrast, India, (a) strategic ally of the US, has managed to reduce fuel prices by PKR 25 per litre by buying cheaper oil from Russia. Now our nation will suffer another massive dose of inflation at the hands of this cabal of crooks,” he said in another tweet.

Khan’s statements follow a six-day deadline he set for the administration to announce a general election to pave the way for a new government.

The IMF and Islamabad had reached a deal to release more than $900 million (£712.96m) in funds, once Pakistan removed the fuel subsidies and hiked prices, according to a Pakistani source directly involved in talks in Qatar.

The price hike has been the main issue between Pakistan and the IMF as part of an agreement to withdraw subsidies in the oil and power sectors to reduce the fiscal deficit before the annual budget is presented next month.