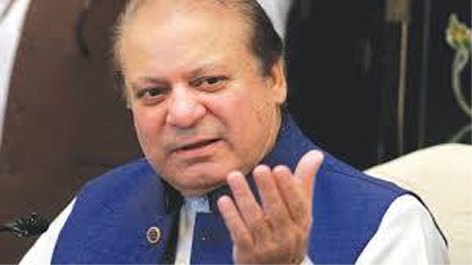 Pakistan’s anti-graft body has filed a fresh corruption case against deposed prime minister Nawaz Sharif and three others for their alleged involvement in the illegal allotment of land in Punjab province about 34 years ago.

An arrest warrant has been issued against the 70-year-old embattled three-time premier who is in London for treatment.

Several corruption cases have been filed by the government of Prime Minister Imran Khan against Sharif since his ouster from the office by the Supreme Court in July 2017 in the Panama Papers case.

Sharif, the supremo of the Pakistan Muslim League-Nawaz (PML-N), was disqualified as prime minister in 2017 by the Supreme Court in the Panama Papers case.

The NAB said that it has approached an anti-corruption court to declare Sharif a proclaimed offender since he did not respond to any of its summons in the land allotment case.

In 1986, when he was the Punjab chief minister, Sharif had allegedly allotted 54-‘kanal’ (canal) land in Lahore to Mir Shakilur Rehman in violation of rules.

Rahman, who was arrested on March 12, is on judicial remand.

In the case, Sharif and the two officers were accused of the misuse of authority in allotting the precious land along the canal to Rahman in violation of the rules.

On May 29, an accountability court in Islamabad issued an arrest warrant against Sharif for failing to appear before it in a corruption case that accused him of receiving luxury vehicles and gifts from foreign dignitaries, which were property of the state.

Gifts are routinely exchanged between heads of states or officers holding constitutional positions. According to the gift depository rules, these gifts remain the property of the state unless sold at an open auction.

Sharif had left for London in November after the Lahore High Court granted him a four-week permission to go abroad for treatment.

He had submitted an undertaking to the court to return to Pakistan, citing his record of facing the law and justice, within four weeks or as soon as he is declared healthy and fit to travel by doctors.

Last month, a fresh picture of ‘ailing’ Sharif having tea at a London cafe along with his family went viral on social media, sparking a debate on his health with the ruling Pakistan Tehreek-i-Insaf members demanding his return to face corruption cases.

In the picture, he was seen sitting at a roadside café with his granddaughters. He sported a blue shalwar kameez and a cap and apparently looked in better health.

Earlier in January, a picture of Sharif having tea at a London restaurant had gone viral, inviting a lot of criticism and raising suspicion that he might have gone out of Pakistan ‘under some deal’.

Three corruption cases — Avenfield properties, Flagship investment and Al-Azizia steel mills — were registered against the Sharif family by the anti-graft body National Accountability Bureau (NAB) in 2017 following the Supreme Court judgment removing Sharif from the office of the prime minister.

Sharif was given bail in the Al-Azizia Mills corruption case, in which he was serving a seven-year prison sentence in Kot Lakhpat Jail.

He was also given bail in a money-laundering case to facilitate his travel abroad.

His daughter Maryam Nawaz had said that her father was a high-risk patient therefore his cardiac catheterisation/coronary intervention had been postponed due to the novel coronavirus pandemic.