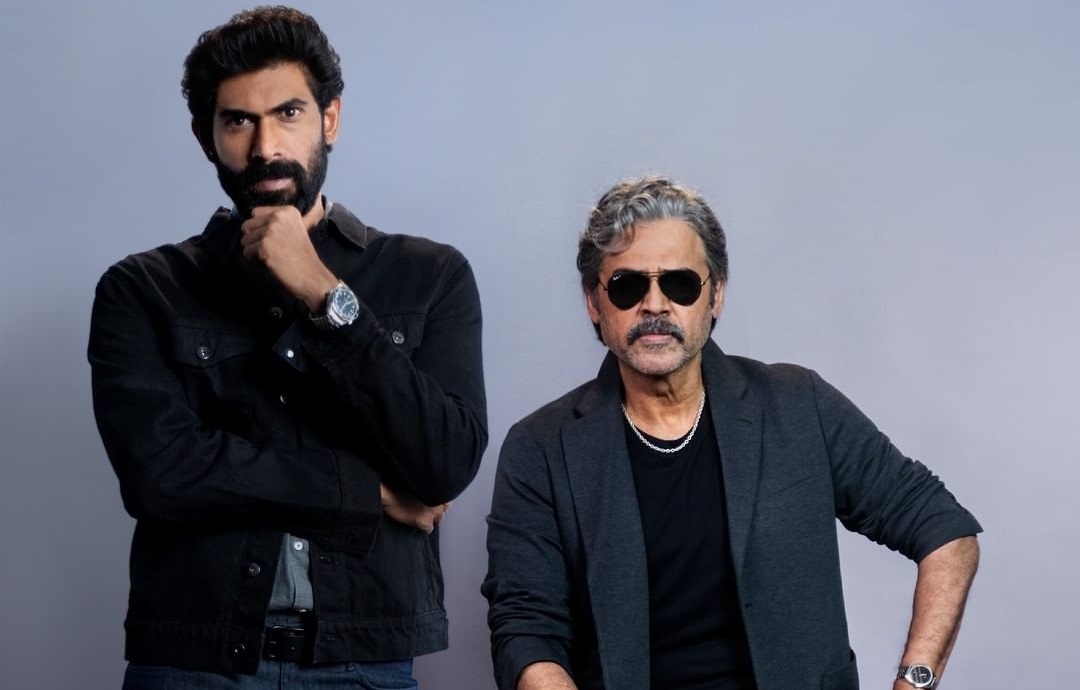 Karan Anshuman (Inside Edge) and Suparn Verma (The Family Man 2) have been roped in to direct the high-profile series. Sunder Aaron produces via his production house Locomotive Global Media LLP.

Netflix made the big announcement on Wednesday. The streaming media giant also shared a photo of the real-life nephew and uncle duo. The story of the show will follow the life of Rana Naidu, a professional fixer for Bollywood and Mumbai’s elite.

Talking about the project, Rana Daggubati said, “It is completely different from what both of us have done in our careers so far. I am extremely happy to work with a crew and a platform that knows this format the best. It will be new, challenging and fun. We are looking forward to filming soon.”

Venkatesh added, “I cannot wait to work with Rana. I am sure we will have a blast on sets. I am a huge fan of Ray Donovan and the team is pulling out all the stops to ensure we do justice to it.”

Monika Shergill, VP, content, Netflix India said, “The series Rana Naidu will be a thrilling Indian adaptation of a record-breaking international show and will take the audience on a breathless ride with the dynamic duo.”

Producer Sunder Aaron said: “Mounting a series of this magnitude for Netflix and with our top-quality cast, showrunner, directors and production team is both a real privilege and an enormous responsibility for LGI. We are just getting rolling and cannot wait for the world to meet a new kind of Indian hero in Rana Naidu.”