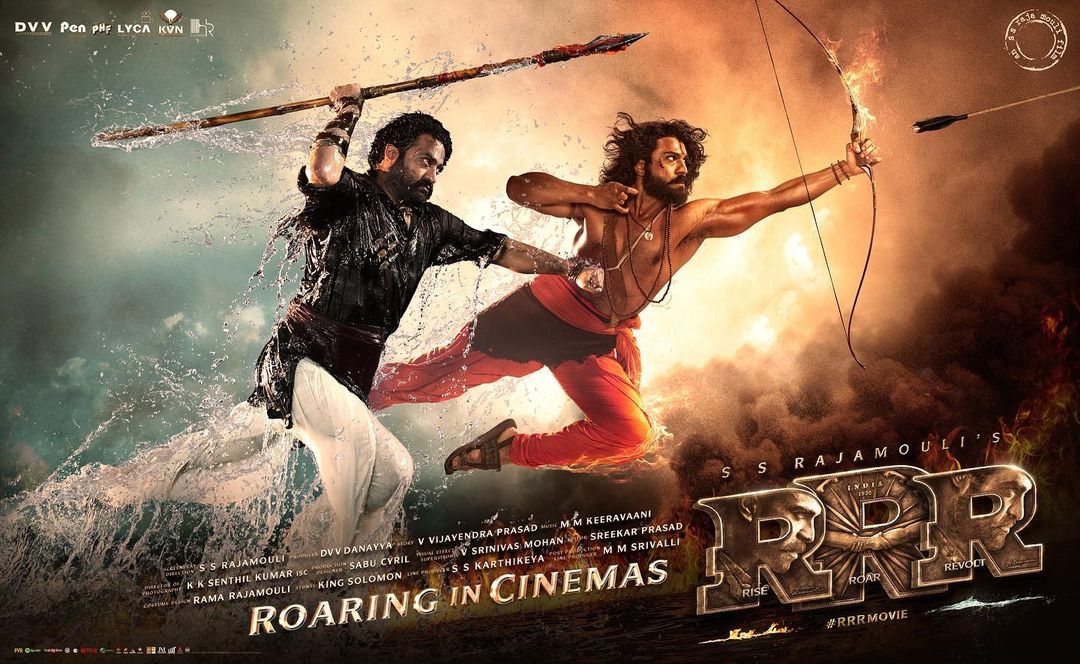 It has been more than three months since the release of SS Rajamouli’s magnum-opus RRR, but the film is still continuing its winning streak. After taking the global box office by storm, the high-profile drama has now emerged as the second-best film at Hollywood Critics Association Awards 2022, leaving behind such Hollywood biggies as Top Gun Maverick and The Batman.

For those not in the know, RRR was nominated as the first Indian film at Hollywood Critics Association Midseason Awards 2022 and it has made every Indian proud by bagging the second spot. The first position went to Everything Everywhere All At Once. The other films that were nominated include Cha Cha Real Smooth, Turning Red, The Northman, Elvis, The Unbearable Weight of Massive Talent, and The Unbearable Weight of Massive Talent.

The official Twitter account of the Hollywood Critics Association announced, “And the winner of the HCA Midseason Award for Best Picture goes to… Everything Everywhere All At Once Runner up: RRR.”

Everything Everywhere All At Once

RRR, which had been in making for close to four years, is a fictitious account of the lives of independence warriors Alluri Sitarama Raju and Komaram Bheem, played by Ram Charan and Jr NTR, respectively. The pan-India film also features Alia Bhatt and Ajay Devgn in important extended cameos.

After facing several setbacks due to the coronavirus pandemic, the high-profile film made its entry into cinemas on March 25 and just recently, on July 2, completed 100 days at the box office.

To express gratitude to the audience, the makers dropped a new poster on social media along with the message, “RRRIDING HIGHHHH… 100 Days of RRR Movie!”

As far as the commercial success of the film goes, RRR ended its run with an impressive ₹1115 crore gross worldwide. It is currently the fourth highest-grossing Indian film worldwide, after Dangal, Baahubali: The Conclusion, and KGF 2.