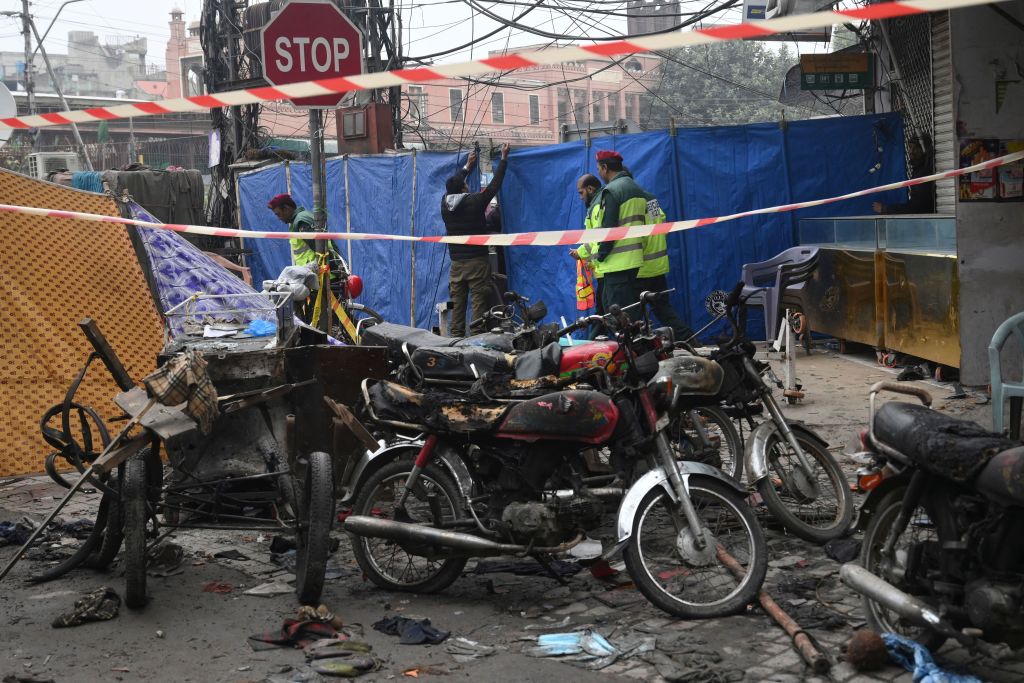 Rescue workers inspect the site a day after three people were killed and 22 wounded by a bomb blast at a busy market in Lahore on January 21, 2022. (Photo by ARIF ALI/AFP via Getty Images)

SECURITY was beefed up across Pakistan’s capital on Friday (21), police said, a day after three people were killed and 22 wounded by a bomb in the eastern city of Lahore.

The country has suffered a string of blasts and attacks since December when a truce between the government and Pakistan’s Tehreek-e-Taliban Pakistan(TTP) lapsed.

But Thursday’s (20) bomb blast – in a busy shopping district of Lahore – was claimed by the Baloch Nationalist Army (BNA), the newest of several separatist groups to emerge from Pakistan’s biggest but poorest province, Balochistan.

According to police, the blast took place near the Paan Mandi in the famous Anarkali market, where Indian commodities are sold. The explosive material was planted in a motorcycle parked outside a bank.

Police spokesman Naeem Iqbal said security would be tightened in Islamabad, the seat of the government and home to dozens of embassies and other international institutions.

He said uniformed and plain-clothes officers would fan across the city, particularly in crowded areas such as markets.

Earlier this week, a policeman was killed and two others were wounded in a drive-by motorcycle shooting in the capital by two TTP militants who died in return fire.

The BNA said it carried out Thursday’s Lahore bomb attack “in response to the killing of women and children by Pakistani forces in Balochistan”.

Ethnic separatist groups have been waging an insurgency for years in the province, complaining they do not receive a fair share of its gas and mineral wealth.