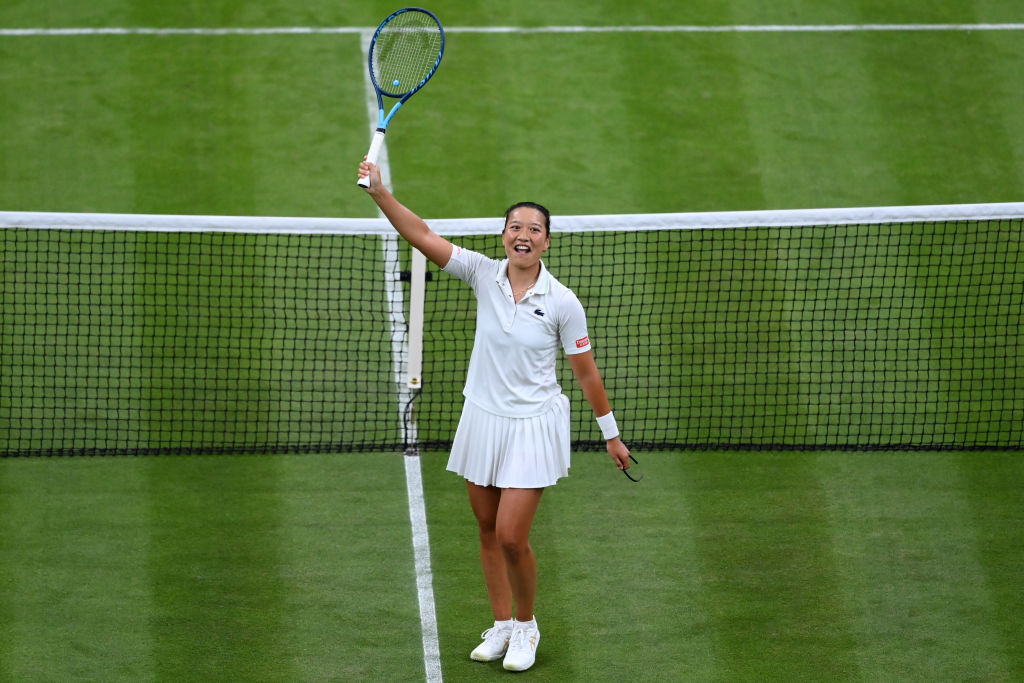 Unseeded Harmony Tan overcame her fears of a Wimbledon nightmare on Tuesday to knock out seven-time champion Serena Williams in their first-round encounter to turn Centre Court into her own personal dreamland.

The 24-year-old French debutant prevailed against the 23-time Grand Slam champion over three sets to secure her first career win on the grass and advance to the second round at the expense of the former world number one.

“It’s a dream because, you know, I saw Serena on the TV when I was young,” she said.

“My coach, Nathalie Tauziat, played her 20 years ago. So, yeah, it’s a big generation.

“She’s a legend. I mean, she won 23 grand slams. When you play her, I was scared. I mean, I was scared when I was on the court, but really happy to be there.”

Tauziat, who also coaches 2019 U.S. Open champion Bianca Andreescu, has her own history at Wimbledon, finishing as a runner-up to Jana Novotna in 1998 when Tan was less than a year old.

“She just told me to enjoy it because it’s your first time in Wimbledon,” Tan said of the pre-match advice given to her by Tauziat.

“You play on Centre Court against Serena. And, yeah, just enjoy the match.”

Tan, ranked 115th in the world, did much more than that, winning the first set 7-5 against Williams before the American stormed back to take the second, dropping a solitary game in the process.

As Wimbledon’s 11 p.m. curfew loomed, the pair battled towards a third set tie break which Tan eventually won as a weary Williams gave up an early lead to crash out after more than three hours of play.

The Frenchwoman, who has never progressed beyond the second round of a Grand Slam, was at a loss to describe how she managed to turn the match in her favour.

“I don’t know because I play every ball like just, put some slice, some change, some variety on the game,” she said. “And it works today.”

Serena Williams’ journey to the top of the women’s game

He is a bit of God: Nick Kyrgios praises Novak Djokovic after losing Wimbledon final

I don’t take any win for granted: Novak Djokovic after winning his 7th Wimbledon title

Injured Nadal unsure if he can play semis against Kyrgios

It’s not easy to keep, my body, in optimal condition to compete at…