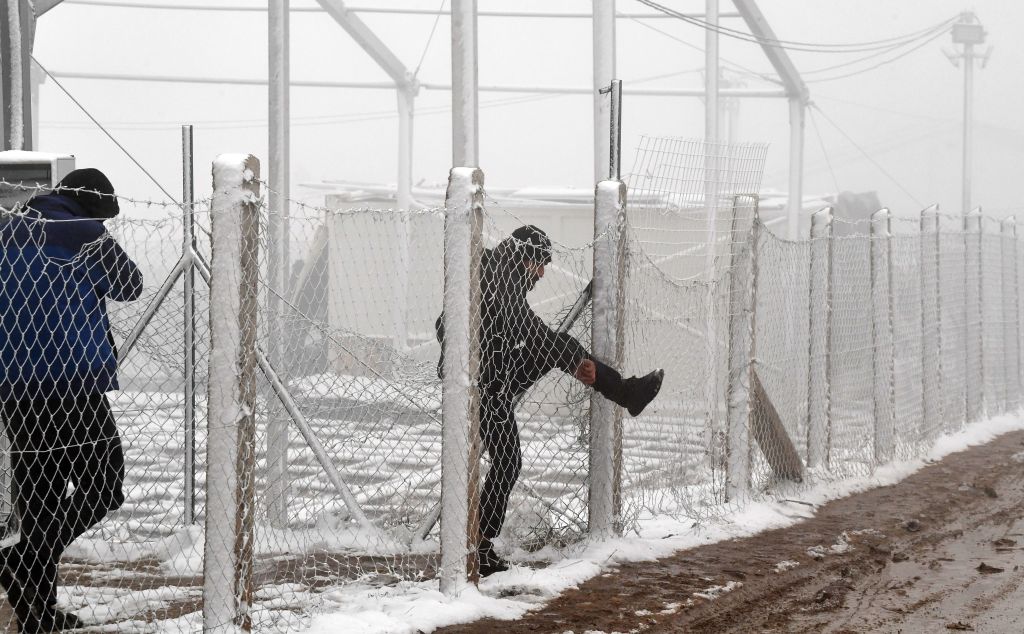 A file photo of a migrant squeezing himself in a hole in the fence surrounding the ‘Lipa’ camp, two weeks after it burnt down on January 8, 2021 near the North-Western Bosnian town of Bihac. (Photo by ELVIS BARUKCIC/AFP via Getty Images)

The smuggling group took Pakistan nationals from camps in Bosnia to Italy or Spain, said a statement from Europol, which was involved in the Spanish operation.

“Transported in life-threatening conditions in cars, vans or trucks, they often spend days confined with little or no supplies,” the European Union law enforcement agency said on Thursday (4).

“The migrants, including four minors, travelled in crowded and subhuman conditions, and were forced to make several holes in the roof to be able to breathe so the police action prevented what could have been a tragedy,” it said.

Spanish police said they suspect the ring smuggled “at least 400 migrants” into the EU in recent months, earning over €2 million (£1.7m).

But they believe the Spain-based ring has been active “for several years, so the total number of migrants smuggled in is much higher”.

Police in several EU countries and Bosnia, as well EU judicial agency Eurojust, were involved in the investigation that led to the arrest of the gang’s suspected chief.

During the operation, police arrested 15 people – 12 in Spain and one each in Croatia, Slovenia and Romania.

The risks of smuggling migrants into Europe by truck were laid bare in October 2019 after 39 people, all believed to be Vietnamese nationals, were found dead in a refrigerated truck near London.

Pope decries “epidemic of animosity” against immigrants, other faiths