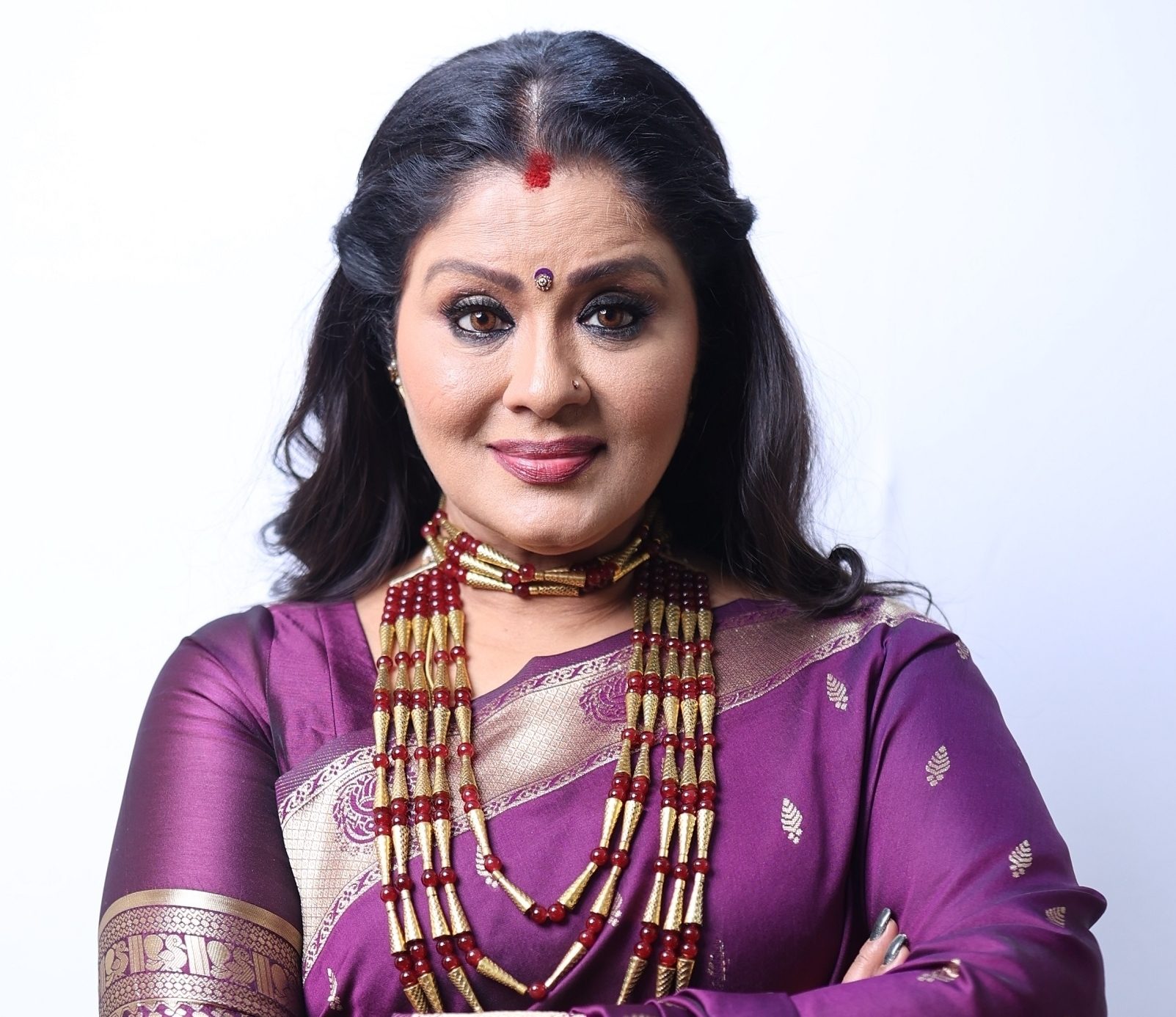 SUDHA CHANDRAN was just a teenager when she found success with her debut 1984 film Mayuri.

That magical first step kick-started a magnificent acting journey filled with memorable performances in multiple languages. Although she has added gravitas to a huge number of movies since the 1980s, the versatile actress has been at her best on television and starred in some of the most popular drama serials of the modern era.

Iconic shows she has starred in include Kaahin Kissii Roz, Kyunki Saas Bhi Kabhi Bahu Thi, Kashmakash Zindagi Ki, Yeh Hai Mohabbatein, Bepanah Pyaar and four seasons of smash hit show Naagin. She has also appeared as judge on various TV shows and done multiple projects at once. The unstoppable star is currently being seen in Naagin 6 and Telugu serial No. 1 Kodalu.

Eastern Eye caught up with one of India’s great TV icons to discuss her action-packed journey, magic of Naagin, secrets of a good performance, passions away from work and biggest inspiration.

How do you look back on your long and distinguished career?
My career has been full of ups and downs. I started with Mayuri and unexpectedly got stardom. After that my films didn’t do well and some thought I’m just a one-film wonder. Then magic happens when you believe in yourself and the almighty. And that’s when I got a call from Balaji Telefilms for the iconic role of Ramola Sikand (in Kaahin Kissii Roz), which changed everything. So, it’s been a beautiful, hardworking, dedicated, professionally committed journey.

Which roles have been closest to your heart?
I don’t distinguish between roles, and they all have been very close to me. In terms of popularity – the film Mayuri and Ramola Sikand, which gained huge popularity and became a style icon on TV. Then Yamini in Naagin 1, 2 and 3. There was also a wonderful serial in Tamil called Deivam Thandha Veedu, where again I got the Best Actress award consecutively for two to three years. My current character on Zee TV Telugu, Vaagdevi (No. 1 Kodalu), believes every girl in this country should be educated; this role is very close to what Sudha Chandran is.

Which character challenged you most?
Ramola Sikand and Yamini in Naagin. I come from a very middle-class family, so didn’t know how an entrepreneur like Ramola Sikand would behave, walk, and talk. It took me some time to get into the skin of the character and I’m thankful to all the hard work I put in with the help of my directors. Yamini was a very positive character, who suddenly becomes hard-core negative. (Laughs) People loved to hate both these characters.

You have an incredibly prolific body of work. What has kept you so motivated?
I never say no to any character. If you see my journey, it’s been positive, negative, emotional, comedic, and more. I see each character as a challenge. I’m thankful that producers and directors have faith that Sudha Chandran can always deliver. So, I have always loved doing different roles and my body of work reflects all genres.

Does your approach change between film and television?
No, I’m an actress. My job is to perform and deliver. Whether it is film or TV, I just focus on connecting with audiences on an emotional level. Ultimately, as an actress, I am always guided by my director because every character demands a different approach. I place myself in the hands of my director and use the platform given to get into the skin of that character.

Does your approach change between the many languages you have worked in?
I’ve been blessed to have done different roles in almost all the languages, be it Hindi, Marathi, Gujarati, Tamil, Malayalam, or Telugu. For me, each set-up is a different learning process. I’m, of course, most comfortable in Hindi, having been born and brought up with it, so with other languages I have to work a little harder to get into that zone of acting. Once I understand what the language needs, I am able to perform to perfection and to the satisfaction of the audience, producer and director.

What has being a part of the Naagin franchise been like?
I remember shooting in Chennai and my husband telling me he had seen a beautiful teaser of a new series called Naagin. Somewhere, I manifested and wished to be part of it. Thanks to the almighty, I got a call from Balaji Telefilms saying Ektaji (Kapoor) wanted me to play the role of Yamini. So, it’s been a pleasure, absolute honour, and matter of pride for me. Like I always say, returning to Balaji Telefilms is like a homecoming for me.

Why do you think Naagin is so popular?
We all believe that there is a naagin. Somewhere this belief makes us watch Naagin. We have been very lucky that India is the only place where ichhadhari naag and naagin can shape-shift and become human beings. So, it’s a part of our Hindu culture. The popularity is because somehow people believe in the concept of naagin.

What has the experience of acting in Naagin 6 been like?
I have just got into Naagin 6. The character has just begun. I’m just playing a nice mother so far. Knowing Ektaji and Balaji Telefilms, I’m still waiting for those twists and turns to happen. So, I’m just going with the flow of Naagin 6.

You have done an incredibly wide array of work and are one of the most versatile actresses working today, but do you have a dream role?
There are so many roles left to explore. I am only praying that God gives me such good health that I still continue to be part of this industry, do fantastic roles and keep winning unconditional love from my audience and fans.

What is the secret of a good performance according to you?
The secret is simply that I always go on set and follow instructions from my director. I personally feel the project is his baby, which has been conceived with the producer. Once you have those all-important instructions, you start performing and putting in your inputs, and experience as an actor. Then the director keeps correcting you. The secret is simply to be on time, get into the skin of the character, get guided by your director and respect the production house enough to work hard.

What are your big passions away from work?
My big passion is getting back home immediately after work. I love going back home to my family. I truly miss them. I have been working for so many years that quality time with my family is important. I love to see movies, read up on dance and come up with my own ballet concepts.

What inspires you as an actress?
My roles definitely inspire me. Like I always say, I’m born to dance, act and entertain. This is what pushes me to give my best as an actress and if a good opportunity comes along, I don’t believe in letting go of that because they don’t arrive often. I’m very privileged and honoured that people still believe in me, and good roles still keep coming to me, which is inspiration enough.

Nikhil Parmar: I see a lot of myself in my Invisible character, and vice versa

Satyajit Ray season at BFI will show all his 38 movies

Avika Gor: All for the love of acting

‘Ayesha Singh is a perfect role model for the present generation’