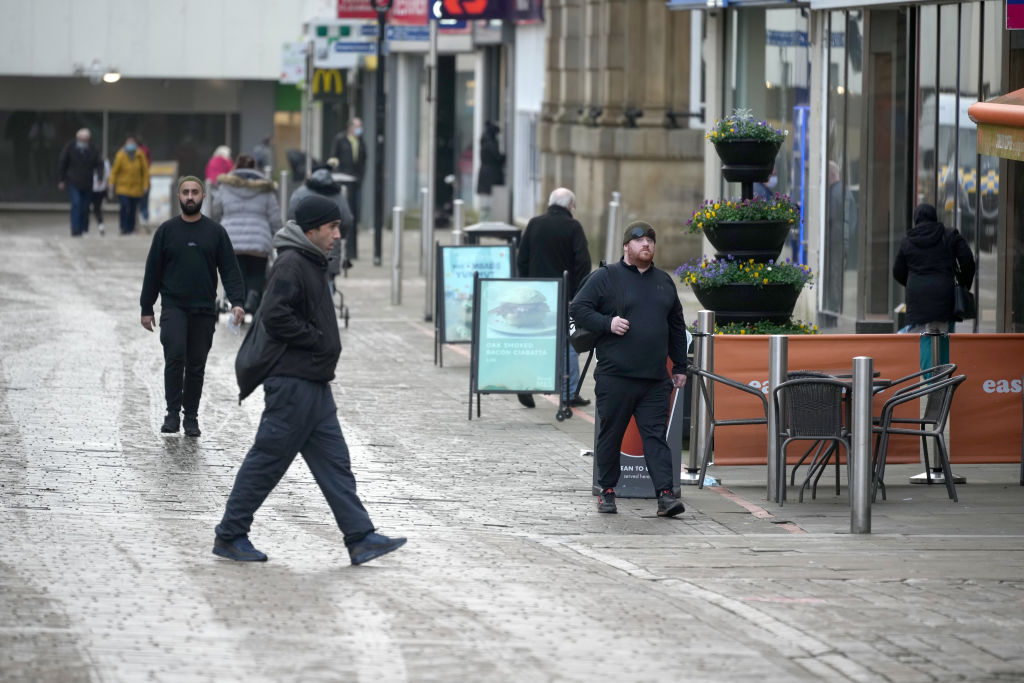 A general view of Blackburn town centre in northern England where Texas synagogue hostage- taker Malik Faisal Akram is reported to be from, on January 17, 2022 in Blackburn, England. (Photo by Christopher Furlong/Getty Images)

THE BLACKBURN man who took four people hostage in Texas over the weekend had a criminal record and was known to the UK police, his brother said.

The siege at a synagogue ended with the police intervention and the captor – Malik Faisal Akram – was killed in the incident, while the hostages were set free unharmed.

He is believed to have travelled to the US about two weeks ago and stayed in a homeless shelter.

Akram’s brother Gulbar wondered how he could manage to get an American visa and acquire a gun despite his criminal background.

Gulbar said his family, who spent hours talking to Akram, 44, in a bid to end the hostage crisis peacefully, was “devastated” by his death, according to a Manchester Evening report.

On the Facebook page of Blackburn’s Muslim community, he said Akram was shot dead.

“We would like to say that we as a family do not condone any of his actions and would like to sincerely apologise wholeheartedly to all the victims involved in the unfortunate incident,” he added.

Gulbar wrote that during the incident, he had been liaising from England with law enforcement at the scene.

“Although my brother was suffering from mental health issues we were confident that he would not harm the hostages,” he wrote.

But he added: “There was nothing we could have said to him or done that would have convinced him to surrender.”

His family’s priority now is to get Akram’s body back to Britain for his funeral.

The captor was reportedly calling for the release of a convicted terrorist known as “Lady Al-Qaeda”.

It is not clear whether the assault team killed the man or whether he killed himself.

British foreign minister Liz Truss on Sunday (16) condemned the hostage-taking as an “act of terrorism and anti-Semitism”.

In a statement posted on Twitter, Foreign Secretary Truss wrote: “My thoughts are with the Jewish community and all those affected by the appalling act in Texas.

“We stand with the US in defending the rights and freedoms of our citizens against those who spread hate.”

Police in England said they had detained two teenagers for questioning in the investigation.