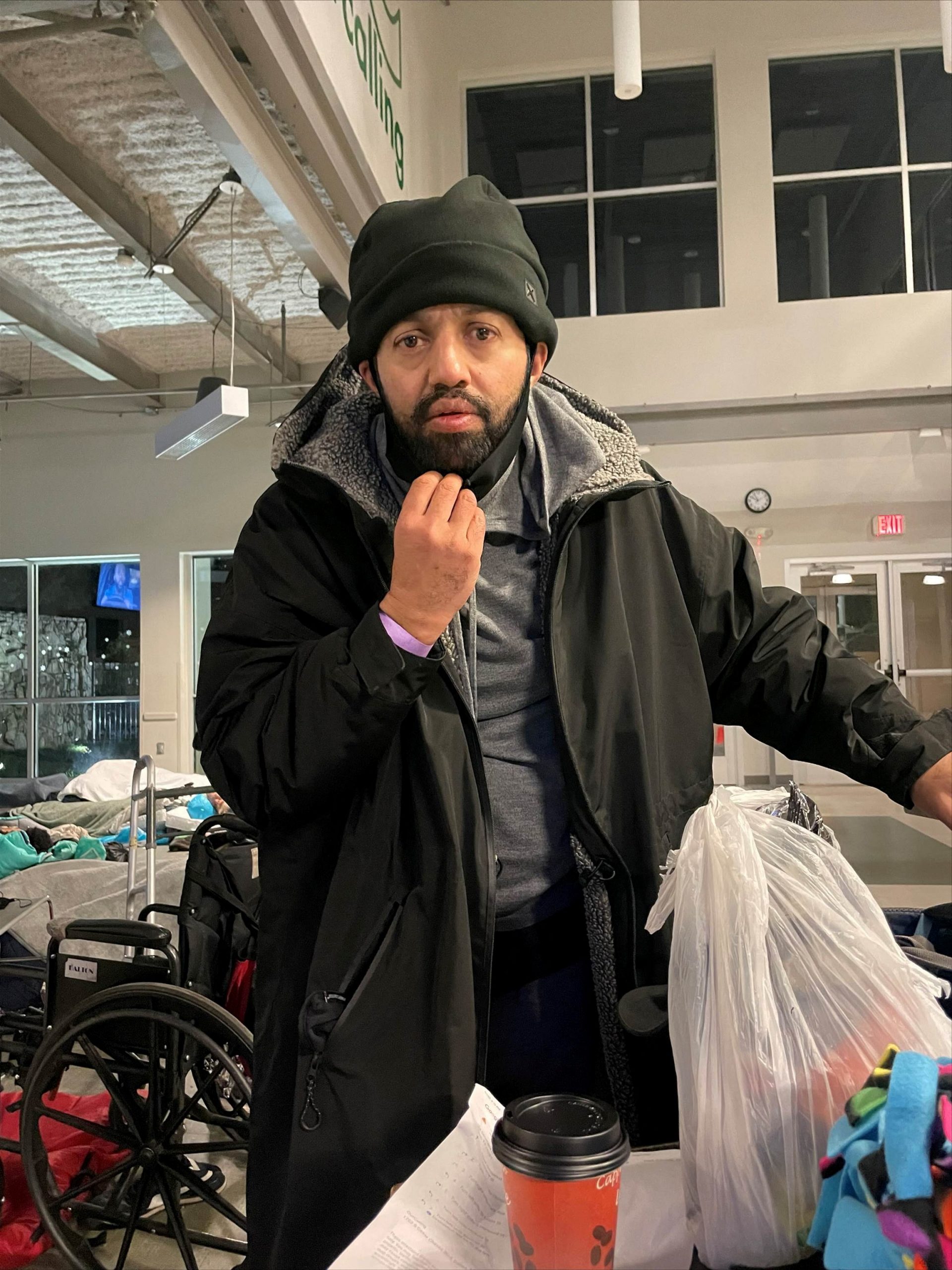 Malik Faisal Akram is seen in this handout photo taken at a faith based daytime outreach center in Dallas, Texas, US, on January 2, 2022 (Courtesy of OurCalling, LLC./Handout via REUTERS)

A BRITISH man who took hostages at a Texas synagogue told his family he had prayed for two years to carry out the attack, media reported on Thursday (20), as police made two arrests.

Malik Faisal Akram, 44, from Blackburn in northwest England, was shot dead by the FBI during a 10-hour siege in the small town of Colleyville last Saturday (15).

His four hostages, including a rabbi, were all freed unharmed.

The London-based Jewish Chronicle published on its website what it said was a recording of Akram’s last phone call with his brother back home, where he outlined his aims.

Akram tells his brother, Gulbar, during the siege, “I’ve come to die”, adding that he wants to “go down as a martyr” and is “bombed up” with “every ammunition”.

His brother urges him to give himself up.

The BBC said experts believe the call is genuine.

Suggesting the attack was long-planned, Akram said: “I’ve prayed to Allah for two years for this… I’m coming back home in a body bag”.

The recording raises further questions about the thoroughness of a recent investigation into Akram by British security services.

Media reports have said Akram was investigated in 2020 by Britain’s domestic security agency MI5 after he spent six months in Pakistan.

But the probe was shut down after just over a month due to lack of evidence that he was a threat, and he was able to travel to the US without being flagged as a risk.

British counter-terrorism police meanwhile said on Thursday (20) they were questioning two men after early-morning arrests as part of an investigation into the incident.

Greater Manchester Police tweeted that the men were arrested in Birmingham, central England, and in Manchester, some 21 miles (34 kilometres) from Blackburn.

UK police have previously arrested two teenagers in connection with the US investigation. They were released without charge. A property was also searched in Manchester.

Akram’s family have said he had mental health problems and had a criminal record.

He had lived in Blackburn, an economically depressed former mill town, with his wife and six children but had reportedly moved out before travelling to the US.

His father Malik Akram told the Daily Mail his son phoned home several times during the siege and claimed to have “hundreds of bullets”.

In the phone call, Akram said he was demanding the release of Aafia Siddiqui, a Pakistani neuroscientist known as “Lady Al-Qaeda” whose detention has been a cause celebre for jihadists.

“She’s got 84 years (in prison). They’re talking to her because I’m near the prison FMC Carswell”, he says referring to the jail where Siddiqui is incarcerated in Fort Worth.

Siddiqui, 49, a US-educated Pakistani scientist, is serving an 86-year sentence for the attempted murder of US soldiers in Afghanistan.

She was sentenced in 2010, prompting protests in Pakistan and a call for revenge from Al-Qaeda’s then number two.

Her lawyer has denied she had any involvement in the siege.

In an increasingly agitated call, Akram says Siddiqui was “framed”.

He refers to the beheading of US journalist James Foley by the Daesh group in 2014, after the hostage-takers demanded Siddiqui’s release.

“They let him die and they didn’t release her but guess what, maybe they’ll have compassion for f***ing Jews,” he says.

The Times on Thursday (20) said Akram had twice been referred to British government programme Prevent, which aims to dissuade people seen as vulnerable to radicalisation.

It cited sources as saying Akram was referred in 2016 and 2019 over “concerns about his anti-Western and conservative Islamic views”.

But it was unclear whether he engaged with the voluntary scheme, the daily added.