The Indians living abroad are success story of India, brand ambassadors of our success: PM Modi 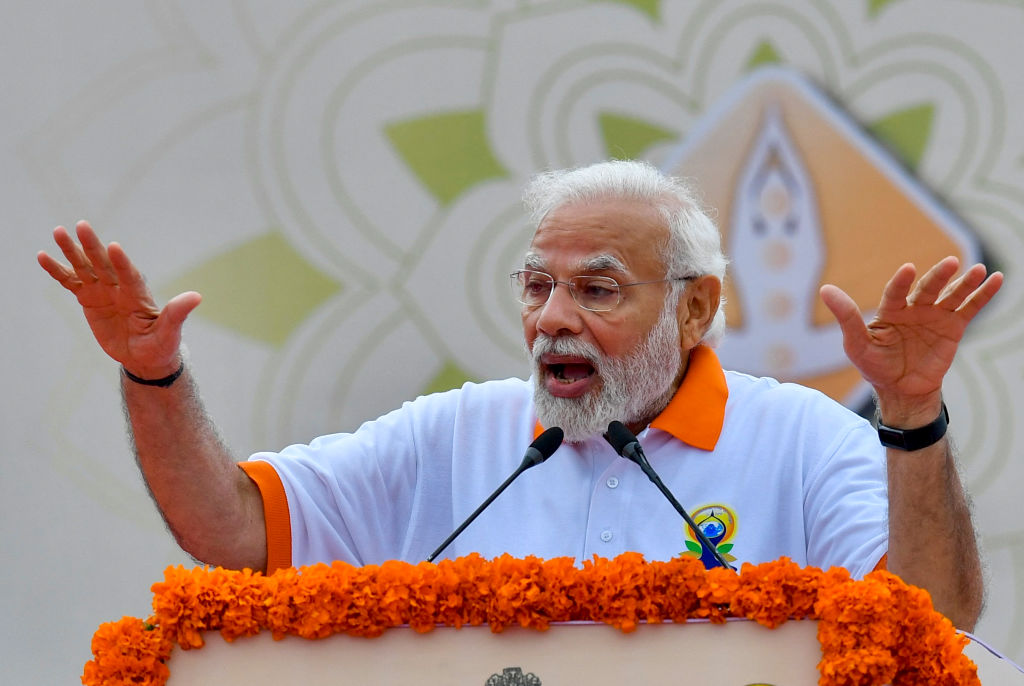 India’s Prime Minister Narendra Modi speaks before taking part in a mass yoga session in front of the Mysore Palace to celebrate the International Day of Yoga in Mysore on June 21, 2022. (Photo by Manjunath Kiran / AFP) (Photo by MANJUNATH KIRAN/AFP via Getty Images)

Prime Minister Narendra Modi praised the contributions of the diaspora in promoting India’s growth story and acting as brand ambassadors of the country’s success as he interacted with them in Munich in Germany.

Addressing the Indian diaspora during a massive event at the Audi Dome indoor arena, he highlighted India’s growth story and mentioned various initiatives undertaken by the government to further achieve the country’s development agenda.

Prime Minister Modi also lauded the contribution of the diaspora in promoting India’s growth story and acting as brand ambassadors of India’s success.

Thousands of members of the vibrant Indian community in Germany participated in the event. “The Indian Diaspora across the world are not only India’s success story but are also Rashtra Doots (India’s ambassadors) who are taking India to the world and becoming brand ambassadors for the success of the nation.

“The Indians living abroad are not only the success story of India but also the brand ambassadors of our success,” Modi, who is visiting Germany to attend the G7 Summit, said.

Today, India is working on building a new legacy and this is being led by the youth of the country, he said.

“We have brought 21st-century policies for the youth of New India. Today, our youth will be able to complete their education in their own mother tongues.

“As we celebrate 75 years of Independence, India is now dreaming new dreams, making new goals and working towards realizing them. India is moving from Sankalp to Samriddhi,” the prime minister said.

When the people of a nation come together and through “Jan Bhaagidaari” (public participation) work towards transforming it, the nation witnesses unshakeable support from across the world, he said, adding that India is now on an unstoppable path of growth.

“We have moved from just a dream of Make in India to the third-largest startup ecosystem, from being an importer of mobile phones to the second-largest manufacturer of mobile phones. We are making in India, for the world,” Modi said.

India is now ready for progress, development and for the fulfilment of its dreams, he added.

There is no agenda when I do stand-up: Comedian Zakir Khan

Karnataka warns against cattle slaughter on Bakrid, warns of stern action against offenders

For the first time in India’s history, no Muslim MP in ruling party