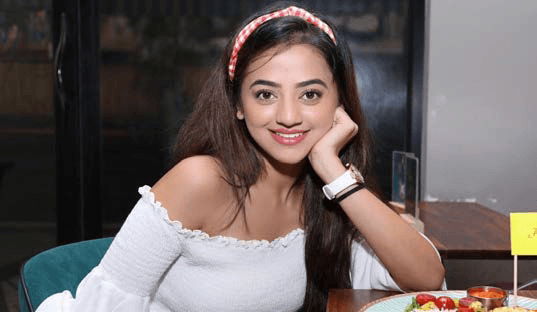 ONE of the most popular indoor activities during lockdown is watching television and with shooting being cancelled of shows, many popular small screen stars are doing the same.

With that in mind, Eastern Eye got television stars to tell us what they have been watching during the lockdown and to give recommendations to those who are looking for the next thing to watch during the self-isolation period.

Helly Shah: I have already finished watching a lot of series like Staircase, which is unbelievable, and You. Currently, I’m watching Breaking Bad. For me, it’s like once I start watching something, I can’t start any other show or series without finishing the previous one. I have finished watching five Urdu shows. Somebody who likes Pakistani Urdu dramas should definitely watch Alif. It’s a very beautiful show.

Gauahar Khan: I am watching a lot of thriller shows and documentaries nowadays. I just finished a show called What If on Netflix and finished Out Of Love on Hotstar. Both are thrillers and dramas. I am also binge watching through my own shows on the web, which is Office and Side Hero on Eros Now. I like thriller shows because they keep me on the edge and make me want to watch the next episode. That is why I would keep recommending thrillers and documentaries.

Shashank Vyas: I am catching up on the Netflix web series and reading books. I recommend The Power of Your Subconscious Mind – I love that book. Timeless comedy films Andaz Apna Apna and Hera Pheri always feel fresh and are entertaining.

Nia Sharma: I have been hooked to Homeland and with eight seasons, that will keep me sorted for a while. I am laying low, staying indoors and doing nothing productive. I am also not making workout videos or showing off my cooking skills on Instagram. I guess it’s okay.

Balraj Syal: From the time it has been locked down, I have been watching all my work. Until today, I have never seen my work. I have been watching it to self analyse myself, so whenever I get back to work I am able to do better. I am also watching old cricket matches where India has won. I am even watching some light comedy on platforms like Netflix. I would recommend watching light-hearted comedy or family shows. There are a lot of informative series as well, which can be watched. I am also watching Disjointed and loving it.

Jasmin Bhasin: I recommend Kangana Ranaut and Sridevi’s films like Queen and Chandni. One has to keep a positive approach. Whatever is happening is affecting everyone. It’s a trying situation for everyone. One can also see the Housefull comedy series starring Akshay Kumar. I love to watch Sarabhai Vs Sarabhai – the comic timing of the actors is amazing, and it makes me laugh endlessly.

Rashami Desai: I am watching a lot of series. Now, that I have time, I am definitely going to watch the entire seasons of The Crown and Game Of Thrones. If you talk about films, there were a lot that released when I was in the Bigg Boss house, so I am going to watch those, like Dabangg 3, Tanhaji: The Unsung Warrior and Chhapaak. Most importantly, I am going to spend quality time with my family and myself. There are times when I feel like chilling at home and talking peacefully with my family, but don’t get time. So now I am going to utilise this time to do that. I have also started working out and keeping a tab on what is going on globally. We should not take the coronavirus lightly and take all the necessary precautions.

Sharad Malhotra: I am spending quality time with my wife and mom. I am talking to my close friends every day to make sure they are safe. I am practising the guitar and spending time with my pet Musky too. I am checking out web series on Hotstar and recommend Special Ops. I also recommend Andaz Apna Apna and Chameli Ki Shaadi, which are extremely funny, feature fantastic performances and have strong repeat value.

Aparna Dixit: I am actually watching my own show on YouTube, Pyar Ki Luka Chuppi. While shooting, we don’t get time to watch our own shows. I feel it is very important to see your own work and analyse where you can improve or just enjoy your own story. Also, I am going to watch a few shows of my friends from the industry. It is nice to see each other’s work and appreciate them. I used to follow Bigg Boss ardently without missing any episode and Kundali Bhagya is a show that I like a lot.

Kunal Thakur: I would like to recommend Hera Pheri and Rohit Shetty’s Golmaal, which are amazing. Chup Chup Ke starring Shahid Kapoor is a crazy movie and everyone’s comic timing is very good in that. Bheja Fry is a great film and features a splendid performance by Vinay Pathak.

Amrita Prakash: First, I would recommend Munna Bhai MBBS because it managed to be funny, witty, intelligent and heart warming. I think it was the turning point in Bollywood from slapstick comedy to more real and slice of life comedy. Also, the performances are phenomenal. Peepli Live, produced by Aamir Khan, is not a big-budget film, but has absolutely spectacular performances and a strong, gripping story with intelligent but subtle humour. It was the best attempt at satire that I have seen in Bollywood. It leaves me cracking up, every time I watch it.

Vijayendra Kumeria: Andaz Apna Apna is my all-time favourite comedy film. All the characters and their dialogue deliveries are hilarious. I like the confusion and pace of the film Hera Pheri. These situational comedies can lift your mood whenever you watch them.

Aniruddh Dave: I am spending time with my wife Shubhi Ahuja and pet Mui. I am playing the piano too at home. I recommend Bhagyashree’s film Maine Pyar Kiya again and again. I also recommend the films Andaz Apna Apna and Jaane Bhi Do Yaaro.

Ashi Singh: My first movie recommendation is The Shawshank Redemption. I never thought a film could change one’s perspective towards life. I didn’t believe that a film could impact me so much. It inspired me from within. I think this movie perfectly fits the current scenario that we all are going through as the protagonist in the film is inside a jail and the only thing that helped him was hope, which is related to the current situation, because we all need some hope and faith right now. Also, this film will definitely give one a lot of motivation and change one’s perspective of life. My other movie recommendations, which you should surely watch, are Eternal Sunshine Of The Spotless Mind, It’s A Wonderful Life and Life Is Beautiful. 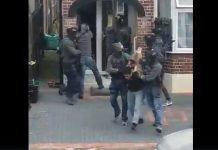 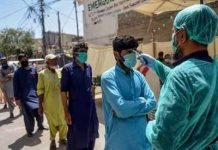 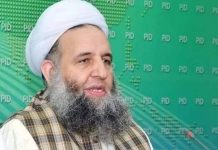