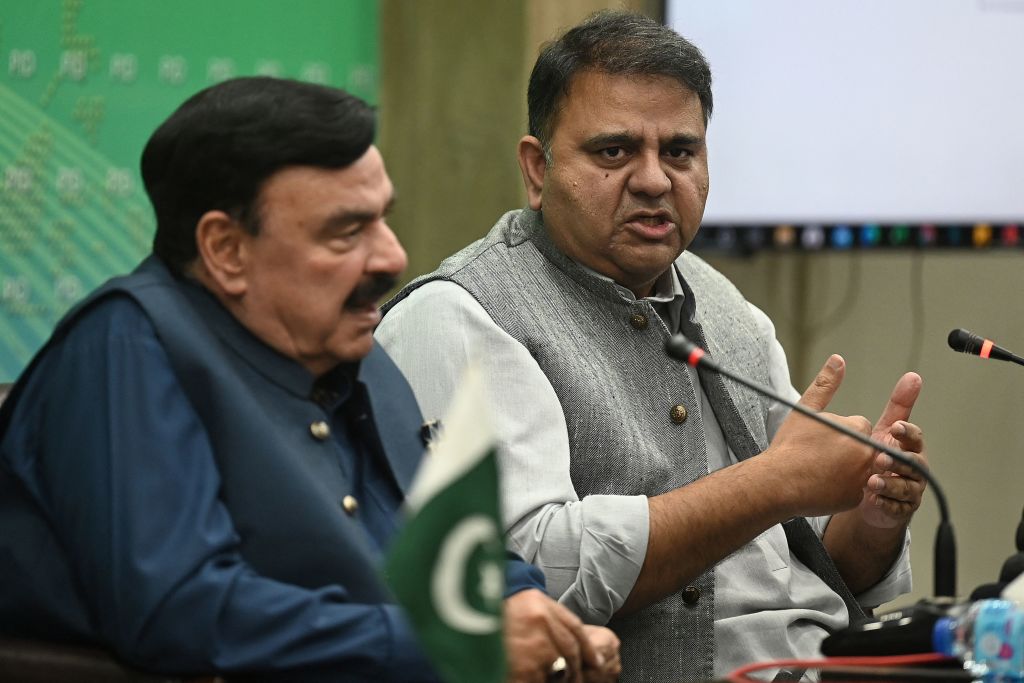 PAKISTANI information minister Fawad Chaudhry on Monday (27) took a dig at neighbours India and Afghanistan saying “two extremist regimes” have come up on the right and left of his country.

Chaudhry, who belongs to prime minister Imran Khan’s Pakistan Tehreek-e-Insaf (PTI), said retrogressive thinking was a “danger for Pakistan”. He made the remark in reference to the recent measures that the ruling Taliban in Afghanistan took vis-à-vis women in their country.

“You see that two extremist regimes have cropped up on the right and left of Pakistan. On one side there is Afghanistan where the Taliban have arrived. We want to fully help the Afghan people.

“But saying that women can’t travel alone or go to schools and colleges — this kind of retrogressive thinking is a danger for Pakistan,” Chaudhry said while addressing a ceremony in the national capital Islamabad.

The minister added that a similar Hindu extremist mindset was on the rise in India and hence the Pakistani state’s “biggest” and “most important” fight was against these “two extremist thoughts”.

He also called Pakistan “that bright hope” in the region.

“We have had failures and successes but till now Pakistan is that bright hope in this region which while remaining amid these extremes can emerge out from them,” the PTI leader said.

Chaudhry’s comments came after the Taliban rulers of Afghanistan on Sunday (26) said that women should not be allowed to travel long distances if they were not accompanied by a close male relative.

It also said that vehicle owners will offer rides only to those women who wore hijabs.

The latest guidance, which has been circulated on social media, came weeks after Afghanistan’s ministry for the promotion of virtue and prevention of vice asked the country’s television channels to stop telecasting dramas and soap operas featuring women actors. It also asked women television journalists to wear hijabs while making presentations.

The latest guidance has also been issued by the same ministry.

Targeting India, Chaudhry said Pakistan’s founding father Mohammad Ali Jinnah and the leaders of Pakistan movement had predicted that India’s Hindu leadership would be coopted by people who would “make life difficult for minorities”.

The minister cited the lynching of a Sri Lankan national in Sialkot earlier this month saying the whole of Pakistan became united and condemned the incident. He said nothing of that sort happens when violence is committed against minorities in India.

“You saw the whole of Pakistan was united and condemned that incident. This is happening every day in India with Muslims and no one is bothered,” he said.

Chaudhry said Pakistan’s purpose was “preserving minority rights and safeguarding them” and that the country’s real challenge was in reclaiming the nation that Jinnah had envisioned.