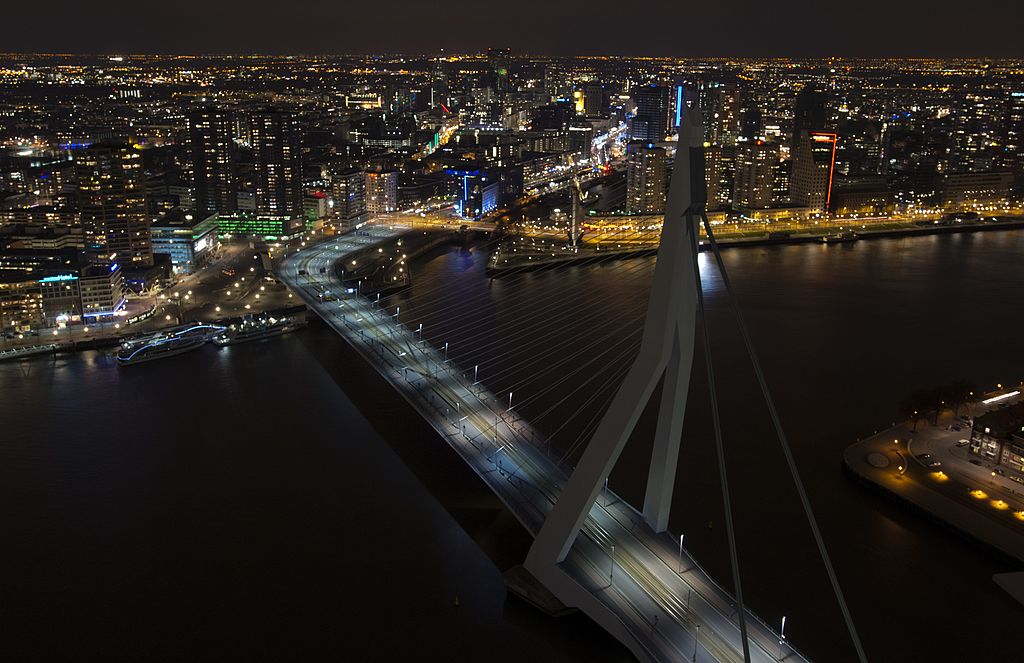 Muhammed Gohir Khan from east London is believed to have travelled to Rotterdam attempting to carry out a contract killing of blogger Ahmad Waqass Goraya. (Photo by MARCEL ANTONISSE/AFP via Getty Images)

A BRITISH man went on trial on Thursday (13) accused of attempting to carry out a contract killing of a prominent Pakistani blogger who lives in self-imposed exile in the Netherlands.

Muhammed Gohir Khan, 31, was arrested and charged in June last year with conspiracy to murder the liberal activist Ahmad Waqass Goraya and has pleaded not guilty.

Prosecutor Alison Morgan said Khan, from east London, travelled to Rotterdam, where Goraya lives, buying a knife and attempting to locate the blogger after being offered £100,000 to carry out the hit.

Khan was hired by “others who appeared to be based in Pakistan”, Morgan told a court in Kingston Upon Thames, southwest London.

In 2018, Goraya “received information from the FBI that he was on a kill list”, she said and added that he feared a state-orchestrated attack.

“He believes that some of the threats that he received were from internet trolls but that others were, in fact, being led and orchestrated by ISI,” she said, referring to Pakistan’s intelligence agency.

The lawyer told the jury that Goraya’s blog “made fun of the Pakistani military”, calling him “culturally Muslim but… not a practising Muslim”.

His social media postings went “so far on occasions as to call Pakistan a terrorist state”, she added.

Goraya was not at the hearing, which Reporters Without Borders (RSF) said it was monitoring.

“There will be no dispute… that there was a plot to kill Mr Goraya,” said Morgan in her opening speech.

“Someone wanted him to be killed. And it may be that the motivation for wanting to kill Mr Goraya was his political activism and those who wanted to kill Mr Goraya were clearly prepared to pay money to ensure that that happened.”

The court was told that Khan accepted he travelled to Rotterdam and sent encrypted messages shown to the jury discussing a “job”.

Khan maintained he wanted to get the money but never intended to go through with the killing, it was alleged.

“The prosecution says that cannot be true,” Morgan said.

Khan was charged on June 28 with conspiring with unknown other people to murder Goraya in the Netherlands between February 16 and June 24.

He was arrested shortly after arriving on a train from the Netherlands.

Morgan said Khan was in “significant debt” of more than £200,000 in February last year and had no way of paying his creditors from a job at a supermarket.

“He was enthusiastic about carrying out the killing to earn the money and to carry out further attacks in the future,” the prosecutor alleged.

She said Khan knew Goraya was “a man of political interest” but “it was this level of debt that was the principal motivation”.

The jury was shown evidence including security camera footage and transcripts of exchanges on encrypted messaging app Signal.

The crime did not take place due to a miscalculation, Morgan said.

“Unknown to him, Mr Goraya was not at his home address in Rotterdam at that time, and after a few days of fruitless attempts to locate Mr Goraya the defendant gave up.”