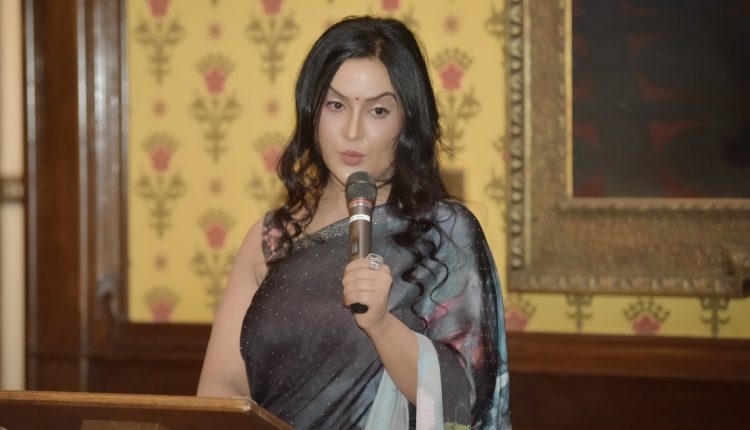 The British Parliament has awarded the ‘Indian of the World’ award to Amruta Fadnavis, the wife of Maharashtra deputy chief minister Devendra Fadnavis.

Amruta’s visit to the UK coincided with the culmination of the political upheaval in Maharashtra – with Eknath Shinde becoming the chief minister and her husband  Devendra Fadnavis, deputy CM.

She took to her Twitter account to express her appreciation, stating, “It was an honour to speak on ‘Indo-UK relations’ at UK Parliament and also receive ‘Indian of the World’ award at UK Parliament.”

The banker, who is also a singer and activist, reached London on June 29 and performed a special puja in the BAPS Shri Swaminarayan Mandir where she prayed for her state, Maharashtra’s welfare.

Devendra Fadnavis, who had served as CM of Maharashtra from 2014 to 2019 had earlier stated in a press conference that he would extend his full support to Shinde but would not be a part of the new state government. However, he was directed to take up the deputy CM role by the Bharatiya Janata Party (BJP)’s central leadership.

According to media reports, Amruta applauded Prime Minister Narendra Modi for strengthening Indo-UK relations. She is reported to have said that due to his efforts the relations between the two countries have become robust and are expanding at the federal, state, and local levels.