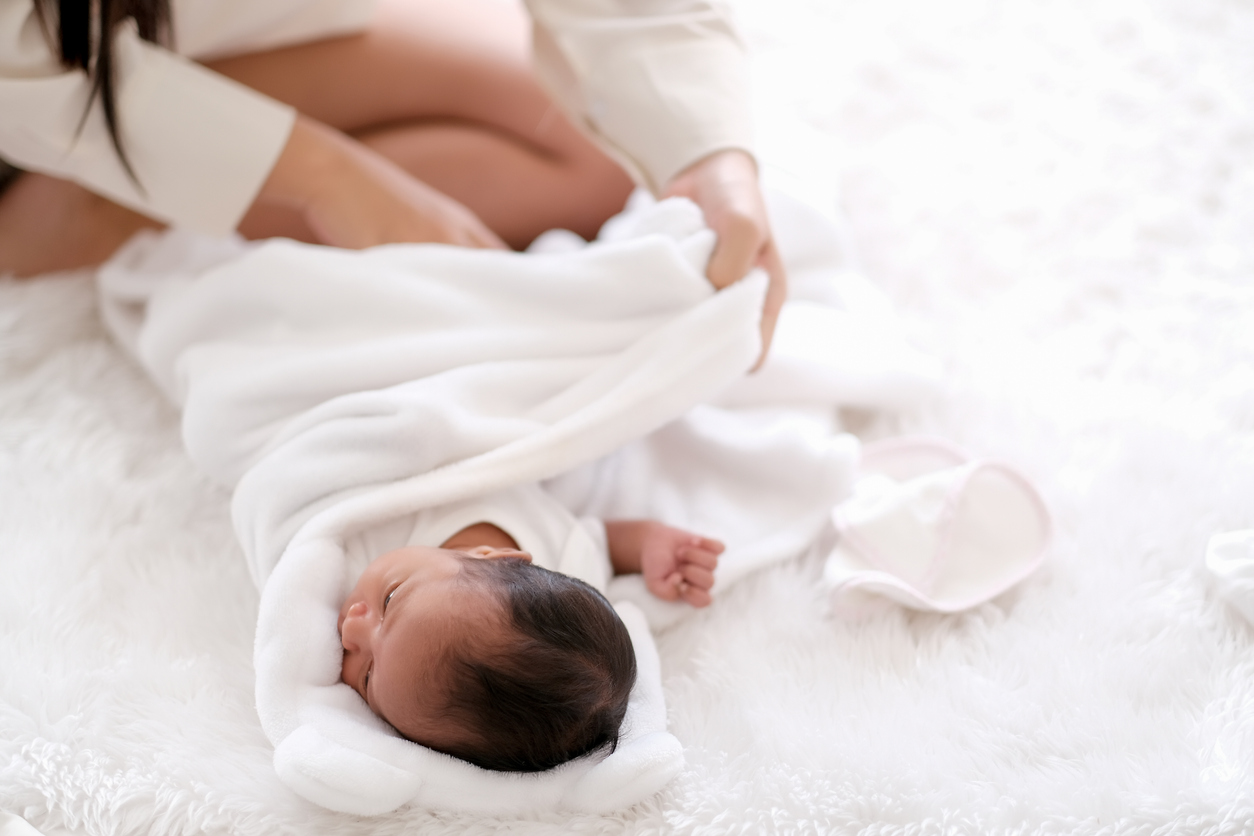 Newborn baby was swaddling with white cloth by her mother and the activity is on bed.

A university student from Bristol had the “shock of her life” when she gave birth in the toilet, having no idea that she had been pregnant.

Without the obvious signs of a baby bump, Jess Davis mistook her labour pain for menstrual cramps and realised what happened when the baby started crying, according to a report in The Independent.

The surprise motherhood came for the second-year student at the University of Southampton on June 11, the day when she was supposed to have a house party at night for her birthday the following day.

Davis said she did not realise the actual reason for her abdominal pain because she had irregular periods and assumed the bout of nausea she felt was because of her new medication.

When she woke up in severe pain, she thought it was the start of her period and bought a bottle of hot water from a neighbourhood store.

“I could barely walk and couldn’t even lie down on my bed when I got home. I was supposed to be having a house party that night for my birthday the next day, so I had a shower and a bath to try and make myself feel better, but the pain just got worse and worse.”

She said she suddenly felt an overwhelming need to go to the toilet where she sat down and started to push.

“When he was born, it was the biggest shock of my life – I thought I was dreaming at first… It took a little while to get over the initial shock and adjust and bond with him, but now I’m over the moon.”

Soon after the childbirth, the student called up her friend who suggested she book an ambulance.

The newborn, now named Freddie Oliver Davis, was put in an incubator at Princess Anne Hospital in Southampton where the doctors believe the boy, weighing 2.4 kilograms, was at 35 weeks’ gestation.

David, who has since developed a bonding with her son, said her love for Freddie was “incredible”.