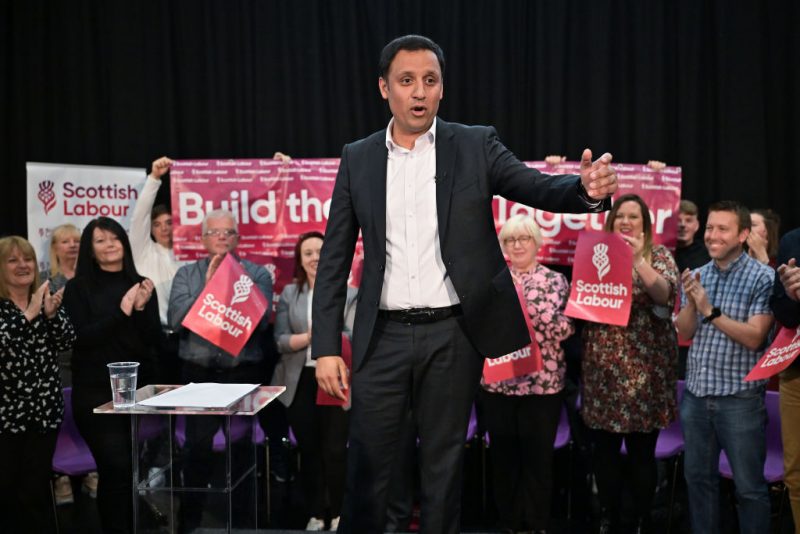 The leader of the Labour Party in Scotland on Monday ruled out any deal with the Scottish National Party (SNP) after the next British election, dismissing the idea that such a pact could lead to a new independence referendum.

Scottish first minister and SNP leader Nicola Sturgeon last week said she aimed to hold a new Scottish independence referendum in October 2023 and would contest the next election on the single issue of independence if the referendum is blocked.

Prime Minister Boris Johnson has ruled out consenting to a new vote after Scotland voted against independence in 2014.

He has attacked Labour by saying they would have to form a coalition with the SNP to form a government, risking the future of the United Kingdom.

Scottish Labour leader Anas Sarwar said while it suited both the Conservatives and the SNP to talk up the prospect of such a deal to damage Labour, the party would form a minority government if it fell short of a parliamentary majority.

“Regardless of the outcome of the next UK General Election, Labour will do no deal with the SNP,” he said.

Sarwar rejected Sturgeon’s proposals for a new referendum, saying that instead of re-opening the wounds of a divisive independence campaign, a new constitutional settlement could be reached by reforming Britain’s institutions.

He proposed abolishing the unelected second chamber, the House of Lords, and replacing it with a directly elected Senate of the Nations and Regions, a policy proposal that he said would be considered by a Labour commission into the future of the United Kingdom.

“We don’t need to divide our people to offer change. We don’t need a divisive referendum to deliver it,” said Sarwar, whose party won only one of the Scottish seats in the House of Commons in the last national election.

“The House of Lords must be abolished and replaced with an institution which better reflects the make-up and the identity of the United Kingdom,” he said.

Sturgeon says a new referendum is justified because Brexit took Scotland out of the European Union against its wishes after the anti-independence campaign in the 2014 referendum had said that a “no” vote was the only way to guarantee that Scotland stayed in the bloc.

The Panelbase survey his weekend showed support for independence nudging slightly ahead, with 48% of respondents in favour, 47% opposed and 5% saying they did not know.