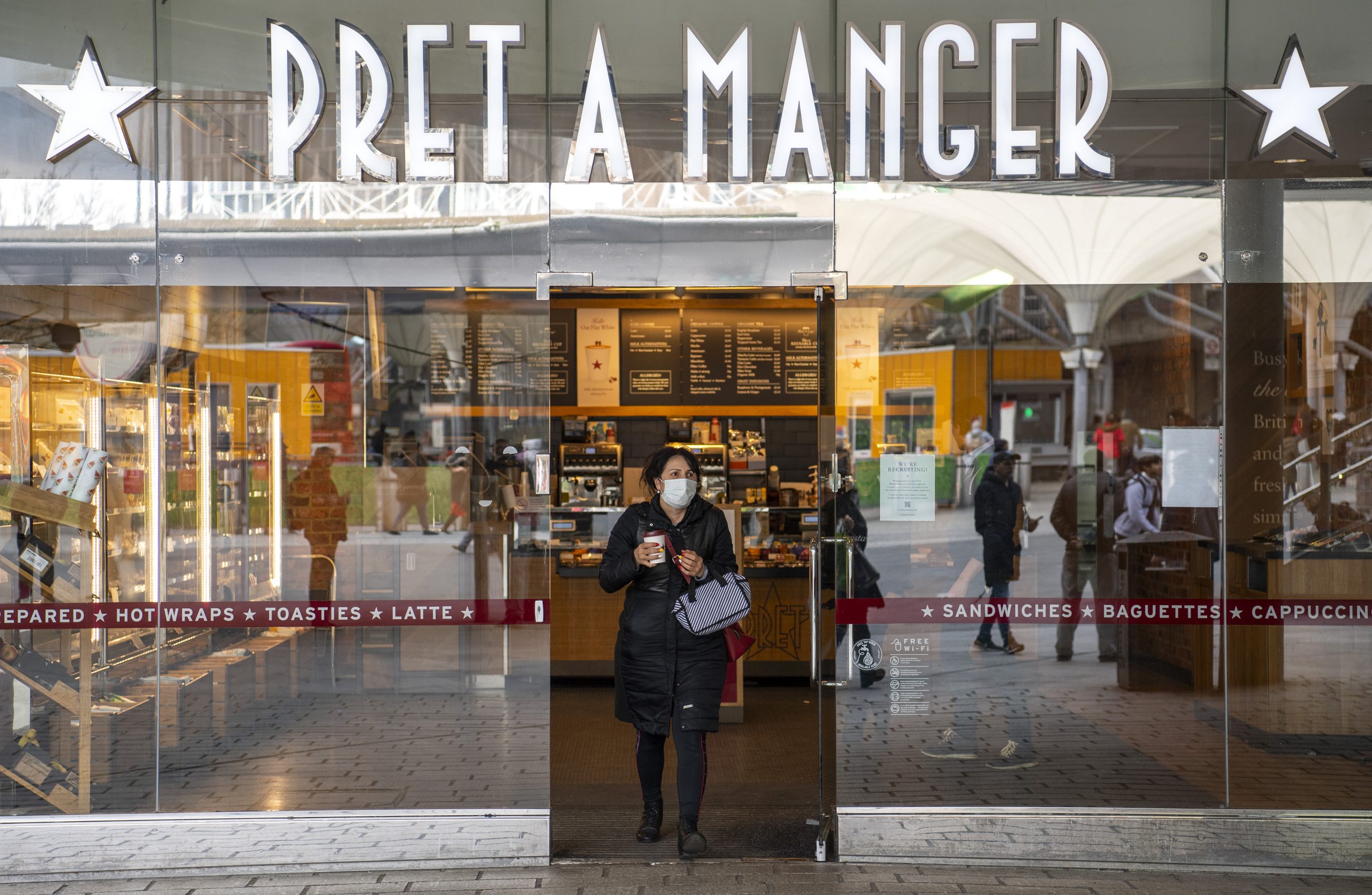 British snack chain Pret will adapt its menu to local tastes when it opens in Indian cities and airports under a partnership with retail giant Reliance to try to satisfy the nation’s growing appetite for upmarket refreshment.

As part of its broader plan to target the most affluent 50 million of India’s 1.3 billion people, Reliance on Thursday announced a franchise deal with Pret.

The partnership has the potential to make India one of Pret’s biggest markets and to challenge incumbents Starbucks SBUX.O and Coca-Cola’s KO.N Costa Coffee, as well as Tim Hortons of Canada, which said in March it will launch in India this year.

For Reliance, a conglomerate that also runs the country’s biggest retail chain and has partnerships with global fashion and luxury brands, the Pret deal marks its first major bet on wealthier Indians’ pursuit of new food experiences.

“We are looking at 3%-4% of India’s population … It fits right into our strategy,” Darshan Mehta, chief executive of Reliance Brands, told Reuters in an interview.

“Unlike Starbucks, I was looking at something that is more food-led. Starbucks is a beverage-led business,” he said, adding the Indian market was big enough for competing brands to grow.

Pret A Manger – or “ready to eat” in French – opened in London in 1986 and has 550 outlets globally, including in the United States and several European countries.

The first Indian outlet of Pret – known for organic coffee and chicken and avocado sandwiches – will open in Mumbai.

A source with direct knowledge said Pret will have 100 India outlets within five years, although Mehta declined to disclose the number targeted.

The broader food services market is predicted to grow significantly. Technopak Advisors estimates India’s cafe chain market will be worth $550 million by 2025, growing 34% each year.

As disposable income rises in cities and small towns, Indians, who have traditionally been tea drinkers, are embracing western-style coffee sold in cafes and restaurants.

When launched in 2012 in partnership with the Tata Group, Starbucks’ first store in India attracted long queues. It now has 268 stores in 26 cities, although it also has competition from local chains such as Blue Tokai.

When asked about it, he said: “we’ve not yet launched Pret.”

Pret CEO Pano Christou has described the India deal with Reliance as its “most ambitious global franchise partnership to date”.

The chain was hard hit by the pandemic as the shift to working from home, which meant a huge drop in sales to the British office workers that had been a major market, and led it to close stores and shed jobs.

As it seeks new opportunities, Ankur Bisen, head of consumer and retail at Technopak, said closures of local cafes in India during the pandemic had created room for Pret to move in.

Bisen said Pret could pose “direct competition” to Starbucks if it successfully adapted its food to local tastes and attracted customers with stores that have room for dining.

Starbucks did not respond to a request for comment.

Like many other foreign chains, Starbucks success in India has been underpinned by a partnership with an Indian conglomerate and a combination of international flavours – Hawaiian and basil tomato sandwiches – and Indian food, such as spiced paneer.

Mehta said about 20% of Pret’s offerings will be Indian-inspired.

Many of the remaining items could also be modified to Indian taste, he said. For instance, the amount of spice or tahini sauce in falafel rolls could be changed.

Apart from its partnership with Pret, Reliance also plans to open an outlet of Japanese retailer Muji’s cafe and Asia’s second Armani cafe. Armani and Muji are both partners of Reliance in India.

For all its ambition, Reliance is proceeding in stages, with a few Pret stores by the end of 2023, and then more from 2024 Mehta said.

“Airports are a big part of the offering,” Mehta said, but Pret would also be dotted around city centres and company complexes, making up for some of the diminished British office worker market.

At 7.3 per cent, India ranks 7th in crypto ownership: UN

India’s investment in knowledge since 1947 is paying off today: White House Director of National…

India and US did more than any other country in the fight against COVID-19: Dr…

UK’s Liz Truss: Energy giants should be held to account but profit is…

Only 1% of UK firms offer cost-of-living payments to staff: ONS