Talented actress Harshita Gaur made such an incredible impact with her debut TV serial Sadda Haq that she gained acclaim globally and got herself a cult following.

The rising star has become a powerful role model for her adoring fans and was voted the highest placed newcomer in Eastern Eye’s annual list of the 50 Sexiest Asian Women for 2016.

The fan’s favourite has now set herself up for even bigger projects in the future and looks likely to take the leap to the big screen. We caught up with Harshita to find out more about her. The down-to-earth actress also spoke about acting, Sadda Haq, future hopes, inspirations and more…

Tell us about the first time that you fell in love with acting?

(Smiles) I think I had fallen in love with acting one month after my show Sadda Haq ended, when I was badly missing it. Before that I think it was a long infatuation, but now that has become an eternal love.

Sadda Haq was your debut serial. What was it like facing the camera for the first time?

I was happy, excited, and have to admit a littlescared. (Laughs) It was exactly similar to what you feel on a rollercoaster ride, especially when suddenly going down the steep part.

When did you truly become confident in front of the camera?

I think I will only be able to answer this question after a lot of work I would have done, and I hope to do a lot of great work in the future. I am confident but it is always mixed with a little nervousness, which excites me instead. I see that nervousness as a positive because it actually saves me from being over-confident.

No I never imagined that at all, even though I was confident about the show. But in the beginning I never imagined or apprehended it would become such a success. Congratulations to the whole team for all their hard work.

Why do you think Sadda Haq did so well?

The story was amazing and connected really well with audiences. It was supported brilliantly by the producers and justified fantastically by the cast.

What are your fondest memories of the show?

The series gifted all of us working on it with so many magical moments. If I had to narrow it down, I would say when we were shooting outdoors in Film City for the entire village series.

What was it like working with your co-star Param Singh?

It was amazing to work with Param, he is a brilliant co-actor. We would do a lot of reading and rehearsal before our scenes. We shared such a comfort level with each other that improvisations was never a problem because we understood the other person’s emotion at that time in that scene.

Do you think that it ended too soon and would you go back to it?

I think it ended pretty much at the right time, but yes I would want to go back for some more time for sure.

Sadda Haq was popular with fans, but which series have you loved?

I loved watching Sarabhai vs Sarabhai.

Tell us about your current project?

(Smiles) So everyone has been asking me this question, which gives me immense pleasure as it shows how much my audience wants to see me back. I just want to tell all of them that I am just taking my time to do something that I really want to do. To be honest, sometimes I don’t like something, sometimes I am not liked, and sometimes good things that I have in hand take a lot of time to materialise. Even I want to be back soon! Let’s hope for the best. I am sure my fans want to see me bigger and better.

Talking of bigger, is cinema something that interests you?

Cinema is the only thing that interests me currently. Let’s see what the future holds.

What would be your dream role?

As an actor, you can’t have just one dream role because there are an infinite number of characters that one can play. But I do want to do something that sets as a good example for generations to come.

There are a lot of biopics being made; which real life character would you love to play?

I can’t name just one woman, but let’s say somebody who has been a combination of both soft and strong. Maybe someone like Rani Laxmibai in a film.

Which leading man from anywhere in the world would you love to be romanced by on-screen?

I think Bollywood actors are the best romantic actors in the world. If I had to choose one, I would love to be romanced by Shah Rukh Khan on the big screen. His eyes are just magical when it comes to romancing on-screen.

Tell us something about you that not many people know…

I think I have spoken a lot about myself in interviews, so people know pretty much everything about me as I am an open book. But I guess lately what many people don’t know is I am training in martial arts and enjoying it tremendously.

Asian women in the world?

I felt like a sexy Indian woman who is loved by the people for her work, even beyond geographical boundaries.

What, according to you, makes a woman sexy?

The power in her eyes, the confidence in her voice, the innocence in her smile, and the elegance in her body language is what makes a woman sexy.

A lot of guys are in love with you. But what would it take for a man to impress you?

Humility will be the biggest quality of a man that would impress me.

How much do your fans mean to you?

Fans are everything for a performer. We work to make our audience happy and my well-wishers are just incredible. I would like to send a big hug to all of them.

Life inspires me in so many ways. It could be my own life experiences or yours.

You always look amazing; what are your fashion inspirations?

(Laughs) I don’t think that I have a great fashion sense, nor do I follow the latest fashion trends. I just know how to look presentable. So I kind of manage with that the best I can.

Why do you love acting?

Acting is all about the feeling of being someone else momentarily. It allows you to see yourself through someone else’s window, and hence you not only discover about the other person you are portraying, but in the process you get to know yourself more also. It’s a beautiful process and profession.

Would you like to give a message to your fans?

I just want to say to all my fans that I love you. Thank you so much for loving and appreciating me. I know that you want to see me back on screen soon. I promise that I will never disappoint you and always work hard. Muah! 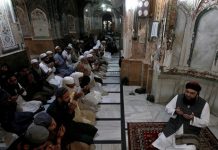 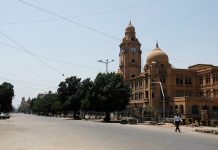 Over 20K worshippers quarantined in Pakistan 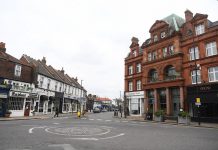 Britain set for long lockdown as death toll rises to 4,313