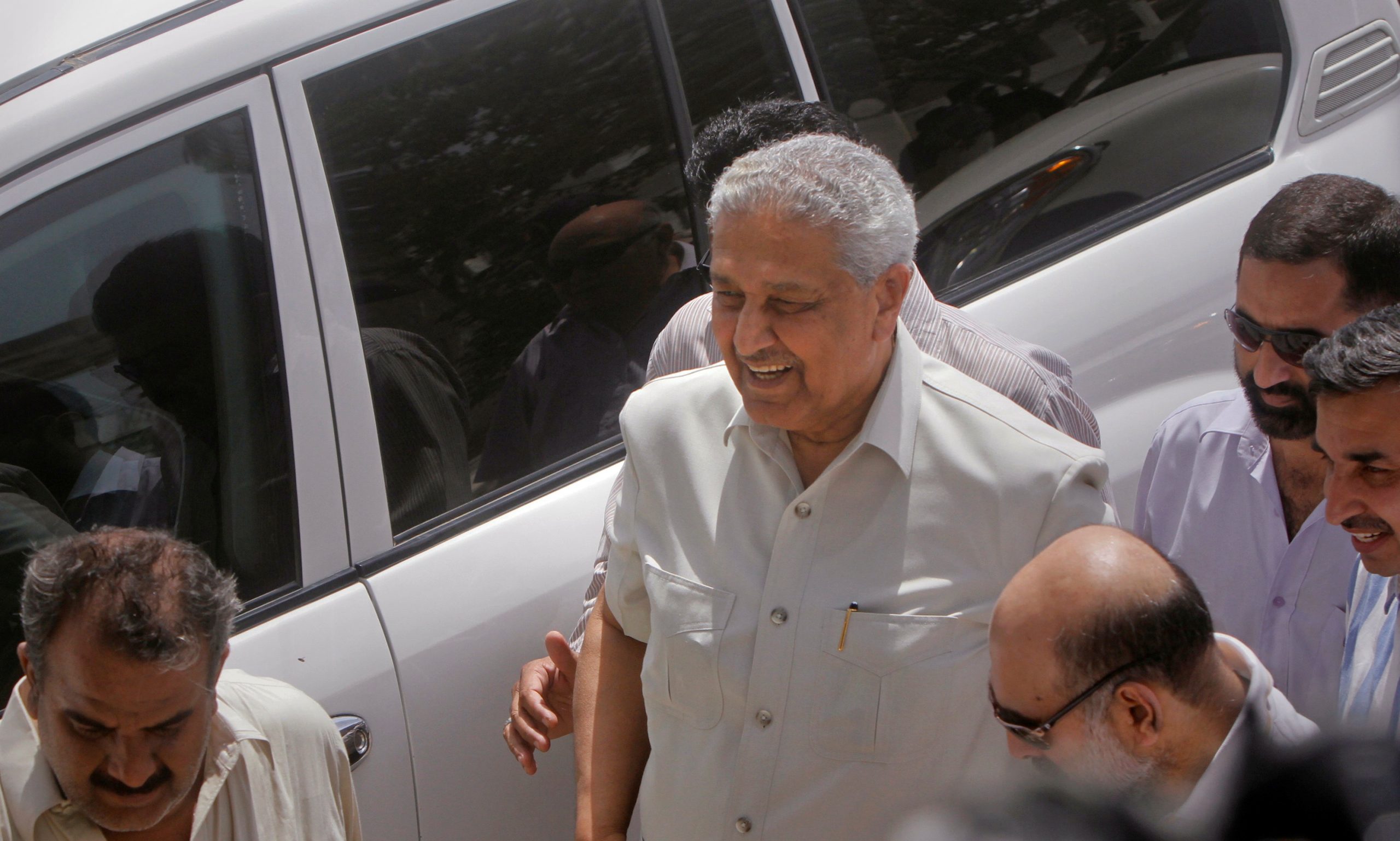 ABDUL Qadeer Khan, who died on Sunday (10), was lauded in Pakistan for transforming it into the world’s first Islamic nuclear weapons power.

But he was seen by the West as a “dangerous renegade” responsible for smuggling technology to rogue states.
The nuclear scientist, who died at 85 in Islamabad after recently being hospitalised with Covid-19, was revered as “the father of Pakistan’s nuclear bomb”.

He was seen as a national hero for bringing the country up to par with arch-rival India in the atomic field and making its defences “impregnable”.
But he found himself in the crosshairs of controversy when he was accused of illegally proliferating nuclear technology to Iran, Libya and North Korea.

Khan was placed under effective house arrest in Islamabad in 2004 after he admitted running a proliferation network to the three countries.
In 2006, he was diagnosed with prostate cancer but recovered after surgery.

A court ended his house arrest in February 2009, but his movements were strictly guarded, and he was accompanied by authorities every time he left his home in an upscale sector of leafy Islamabad.

Born in Bhopal, India on April 1, 1936, Khan was just a young boy when his family migrated to Pakistan during the bloody 1947 partition of the sub-continent at the end of British colonial rule.

He did a science degree at Karachi University in 1960, then went on to study metallurgical engineering in Berlin before completing advanced studies in the Netherlands and Belgium.

The crucial contribution to Pakistan’s nuclear programme was the procurement of a blueprint for uranium centrifuges, which transform uranium into weapons-grade fuel for nuclear fissile material.

He was charged with stealing it from the Netherlands while working for Anglo-Dutch-German nuclear engineering consortium Urenco and bringing it back to Pakistan in 1976.

On his return to Pakistan, then prime minister Zulfikar Ali Bhutto put Khan in charge of the government’s nascent uranium enrichment project.

By 1978, his team had enriched uranium and by 1984 they were ready to detonate a nuclear device, Khan later said in a newspaper interview.
The 1998 nuclear test saw Pakistan slapped with international sanctions and sent its economy into freefall.

Khan’s aura began to dim in March 2001 when then president Pervez Musharraf, reportedly under US pressure, removed him from the chairmanship of Kahuta Research Laboratories and made him a special adviser.

But Pakistan’s nuclear establishment never expected to see its most revered hero subjected to questioning.

The move came after Islamabad received a letter from the International Atomic Energy Agency, a UN watchdog, containing allegations that Pakistani scientists were the source of sold-off nuclear knowledge.

Khan said in a speech to the Pakistan Institute of National Affairs in 1990 that he had dealings on world markets while developing Pakistan’s nuclear programme.

“It was not possible for us to make each and every piece of equipment within the country,” he said.

‘I saved the country’
Khan was pardoned by Musharraf after his confession but later retracted his remarks.

“I saved the country for the first time when I made Pakistan a nuclear nation and saved it again when I confessed and took the whole blame on myself,” Khan said in an interview in 2008 while under effective house arrest.

The scientist believed in nuclear defence as the best deterrent.

After Islamabad carried out atomic tests in 1998 in response to tests by India, Khan said Pakistan “never wanted to make nuclear weapons. It was forced to do so”.

Nearly a decade ago, Khan tried his luck in the political arena, forming a party – the Tehreek-e-Tahafuz Pakistan (TTP), or the Save Pakistan Movement – in July 2012 in hopes of winning votes on the basis of the respect he still commanded in Pakistan.

But he dissolved it a year later after none of its 111 candidates won a seat in national elections.

Khan also stirred a new controversy that same year when, in an interview to mass circulated Urdu newspaper Daily Jang, he said he transferred nuclear technology to two countries on the direction of slain prime minister Benazir Bhutto.

He did not name the countries, nor did he say when Bhutto, the twice-elected prime minister who was assassinated in 2007, had supposedly issued the orders.

“I was not independent but was bound to abide by the orders of the prime minister,” he was quoted as saying.
Bhutto’s Pakistan People’s Party denied the claim as “baseless and unfounded”.

None of the controversies appears to have dented Khan’s popularity, even years on.

He regularly wrote op-ed pieces, often preaching the value of scientific education, for the Jang group of newspapers.

Many schools, universities, institutes and charity hospitals across Pakistan are named after him, his portrait decorating their signs, stationery and websites.