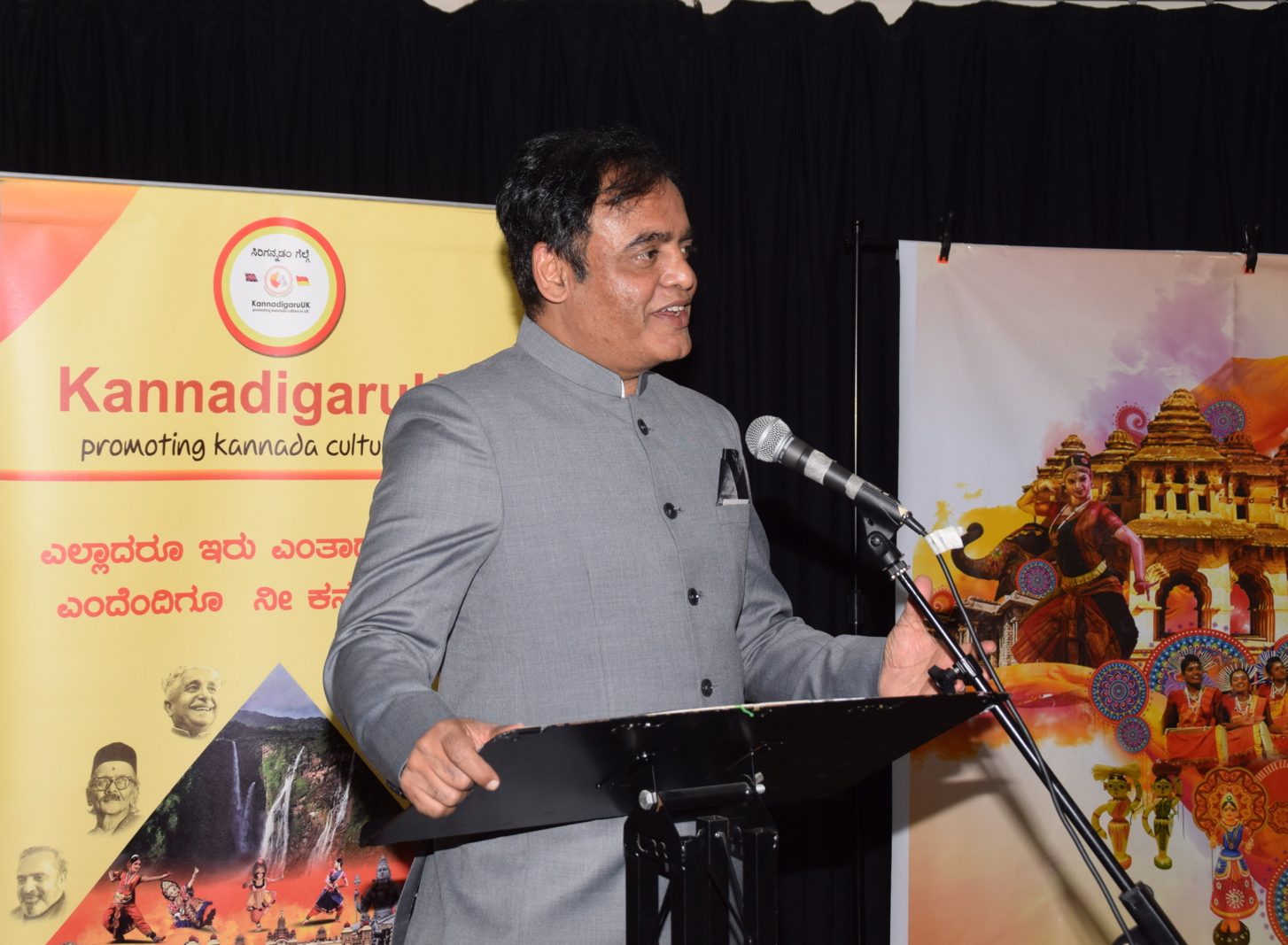 He reiterated that Bengaluru has become the hub of attracting the country’s best talent. While doing so, he explained the steps taken by the Government of Karnataka and the Government of India to further ease and improve governance — with the stated aim of being ‘best in the world’.

Mr. Kamat spoke of the openness and culture of the Kannada people, leading to the rise of the city and the state. He hoped that such an environment would flourish and that many Kannadigas who have gone abroad come back to work domestically with their expertise.

Dr Ashwath Narayan CN and Mr Nikhil Kamath were felicitated by Kananda Balaga U.K. and KanandigaruUK in the presence of Dr Matturu Nandakumara, director of The Bhavan and diaspora members.

The event was supported by Scrumconnect consulting and attended by prominent members of the Indian diaspora.