Gandhi memorabilia draw lot of interest from America: Auctioneer and valuer Andrew Stowe, who sold Gandhi’s glasses for a record £260,000 in 2020 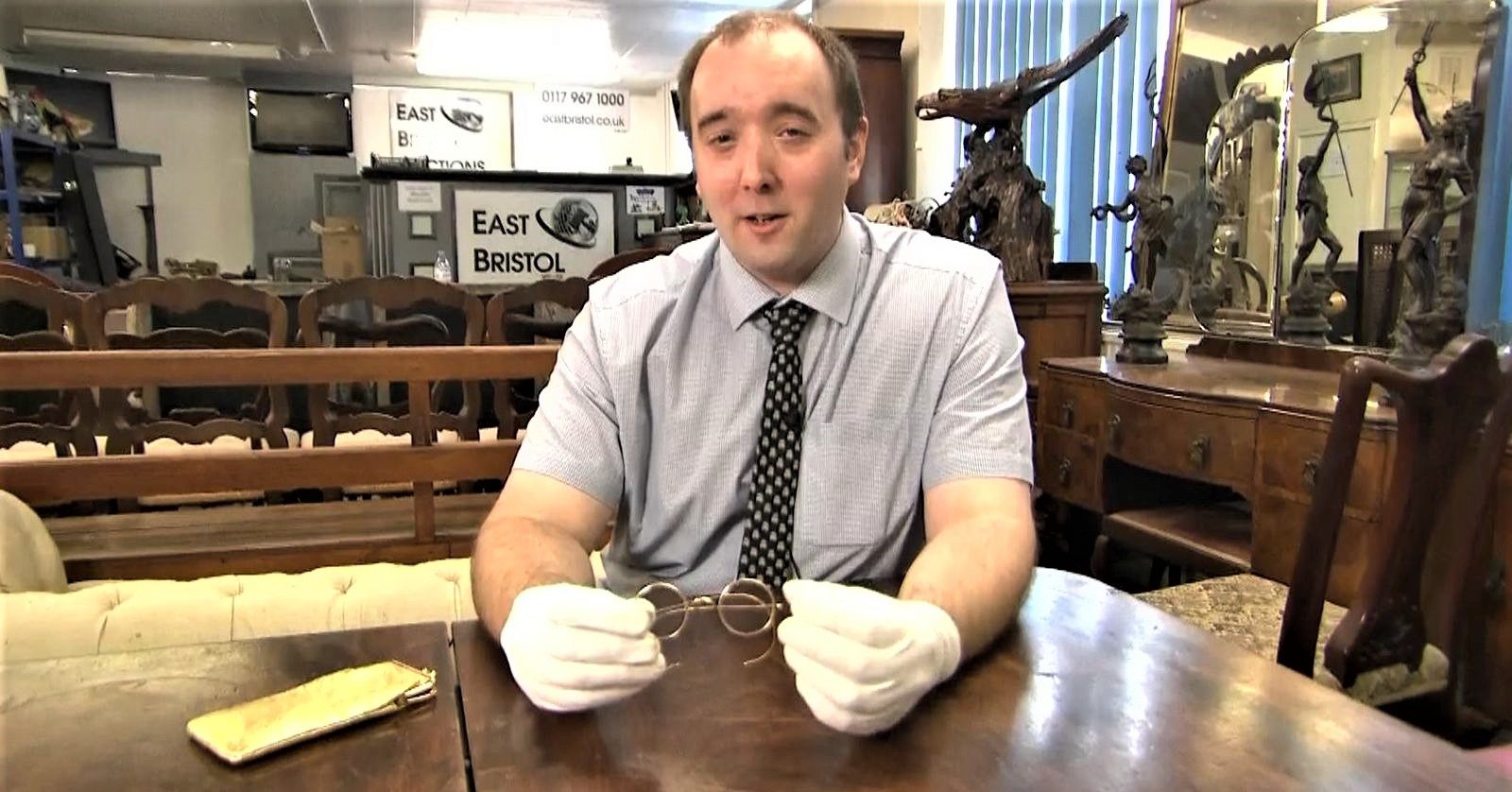 Auctioneer and valuer Andrew Stowe, who sold a pair of Gandhi ’s spectacles for a record £260,000 in 2020, told Eastern Eye that interest among collectors for the Mahatma’s memorabilia, especially in America, remained high.

He said: “Gandhi is one of the most iconic figures of the 20th century. He’s right up there with Winston Churchill, Jimi Hendrix, The Beatles – his actions and who he was made the world what it is today. He changed the world. And his practices are still followed and he is looked up to around the world.”

Among items offered for sale are another couple of pairs of spectacles – Gandhi had several and kept gifting them to friends. One (“c1920 gold plated circular”) has a price estimate of £80,000-£120,000. The pair was given to the Labour MP, Sydney Silverman, a great supporter of Indian independence, in Poona (now Pune) in 1946, who in turn “gifted them to the vendor’s father, an antiques dealer in London”.

“This is a unique piece of history, not only was this worn by Gandhi, but actually made by him too,” commented Stowe. “Gandhi used khadi as a means to cast away Western culture and clothing, and return India to more traditional clothes. This means so much more than just a piece of clothing – it’s a political statement.” Prime Minister Boris Johnson had a go at spinning khadi during his visit to India last month.

In the catalogue, the vendor has written a revealing note: “In the early half of 1942, my father was serving in India with the Royal Norfolk Regiment. He was ordered to Gowalia Tank in Bombay to apprehend Gandhi and to ‘remove the trapping of office’. After Gandhi had been removed, the effects from his office were disbanded as souvenirs and he took this inkwell that Gandhi had been using on his desk.”

Several of the items come from a British Indian family, descendants of Dr Balvantrai N Kanuga, who merits a mention in Gandhi’s autobiography, The Story of My Experiments with Truth: “Dr Kanuga came and pleaded with me to take medicine. I declined. He offered to give me an injection. I declined that too.”

At some point, Kanuja’s family moved to the UK. There is a letter from the philosopher Bertrand Russell addressed to Mrs B M Kanuja, dated July 23, 1958, and sent to her home in Southfields, London.

So far there has been no protest by the Indian government which often seeks to prevent auctions of items belonging to “the Father of the nation” and demands their return to India.

Stowe said: “Everything in the sale has been in the UK for at least 100 years. We can prove that it was imported properly at the time. There is no legal issue that we are aware of.”

Since he sold the spectacles for £260,000 in 2020, he gets “at least an email a week from somebody that has something somehow related to Gandhi”, revealed Stowe.

Explaining the reason why the items were being offered for sale, Stowe said the vendors “just wanted to kind of pass it on to somebody else that would appreciate it for what it was. They don’t necessarily have any attachment to them other than, of course, they know that it had belonged to a member of their family. But, for want of a better phrase, they’re (the items) sat in a drawer gathering dust.

“Some of them are really fragile and it’s almost like a burden having something so important and so valuable in someone’s care and I think they just want to kind of pass it on to somebody or someone or some place that will look after it and treat it how it should be treated.”

The auction will be online. “We’re finding that we get a lot of interest from America, in particular. It actually seems to be the place where a lot of Gandhi memorabilia tends to go. He’s got quite a big following in America. I don’t think they are particularly interested in the religious aspect. They’re more interested in the historical aspect.”

Interest has come from collectors who are either American or Indians settled in the US. “Every single piece of Gandhi memorabilia that we’ve sold, has, at some point, had involvement from America.”

Ironically, there have been moves by some people in India in recent years to promote Nathuram Godse, the Hindu extremist who assassinated Gandhi on January 30, 1948, because he considered the Mahatma to be too sympathetic towards Muslims.

Stowe describes himself as “an accidental Gandhi enthusiast. Because we sold that previous pair for £260,000, it propelled me into this world. I never planned to be part of this; I never aspired to be in this field of work.

“I love learning about history. I particularly like learning about special and important people. So I’ve had great fun in the last 18 months researching, especially with the translations. I don’t speak Gujarati. I’ve never been to India. I’ve actually barely ever eaten Indian food. But I’ve sat there for days, weeks and months, learning about Indian history, Indian culture. And it’s been the most revealing experience. I’ve learned things I would never have dreamt of learning. The fun part of my job is the learning and the research.”