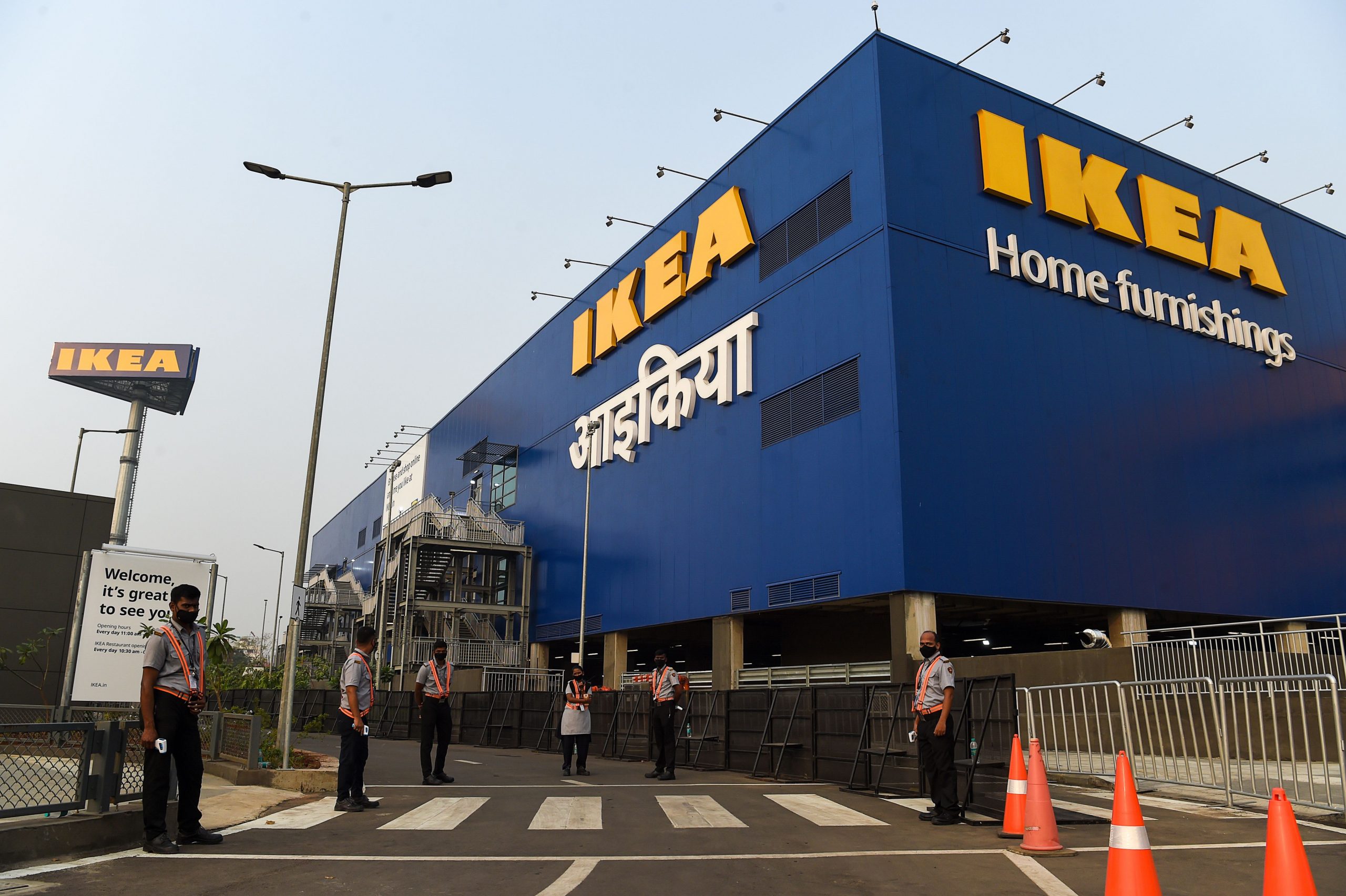 Hundreds of masked shoppers defied pandemic fears to visit Ikea’s second Indian store, which opened on Friday, as the Swedish giant tries to lure the country’s burgeoning middle class with minimalist design and a dash of local masala.

The company is betting big on the vast but complex market of 1.3 billion people, mixing Swedish functionality with locally sourced Indian wares.

Its latest store, on the outskirts of Mumbai, comes two years after its first outlet opened in the southern city of Hyderabad, but amid vastly changed circumstances with social distancing norms requiring customers to register in advance before visiting.

With an area equivalent to 10 football fields, the new flagship houses a 1,000-seater restaurant as well as the largest children’s section of any Ikea store worldwide and can accommodate up to 10,000 people.

For the foreseeable future however, only about 2,500 customers will be allowed to visit daily.

“It has been beyond our expectations,” deputy store manager Preeti Budhraja told AFP, saying customer slots for the next two weeks were already filled.

The canteen serves Ikea’s signature meatballs but without beef or pork in deference to local religious practice, as well as local favourites such as biryani.

With coronavirus cases nearing 10 million in India — but with economic activity returning to normal — Ikea plans to open two smaller stores in the financial capital by the end of next year.

“This is not a sprint… it’s a marathon”, said Budhraja.