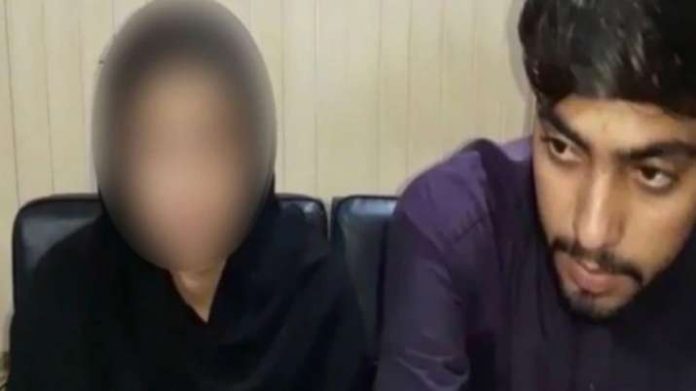 A Pakistani court has allowed the parents of a Sikh girl to meet her at a shelter house in Lahore but rejected the same request of a Muslim man who allegedly married the teenager after abducting her.

The Lahore High Court on Tuesday held the hearing of separate petitions filed by parents of Jagjit Kaur of Nankana Sahib and her alleged husband Muhammad Hassan, seeking permission to meet her in Darul Amaan (shelter house).

Kaur’s family has accused Hassan of marrying her after abducting and converting her to Islam in September last. She has been living in the shelter house in Lahore on the court’s order since then.

“After arguments by the counsel for Jagjit Kaur’s parents, the court admitted their petition and allowed them to meet her in Darul Amaan. However, the court dismissed the petition of Hassan,” a court official told PTI on Wednesday.

This issue snowballed into a controversy after the family of Kaur, in a video message that had gone viral, claimed that she was abducted and forcibly converted to Islam by Hassan in September, 2019.

Gurdwara Nankana Sahib, also known as the Gurdwara Janam Asthan, is the site where the first Guru of the Sikhs, Guru Nanak Dev, was born. It is regarded as one of the holiest Sikh sites.

Police arrested Chishti, a government employee, and booked him under anti-terrorism act.

Chishti had claimed that Hassan had been beaten up by police for “lawfully” marrying the daughter of the gurdwara”s granthi. He alleged that Hassan has been pressured by police and authorities to divorce her so that she returns to her parents’ house.

Indian had condemned the attack on Gurdwara Janamasthan and demanded strong action against those involved in it.